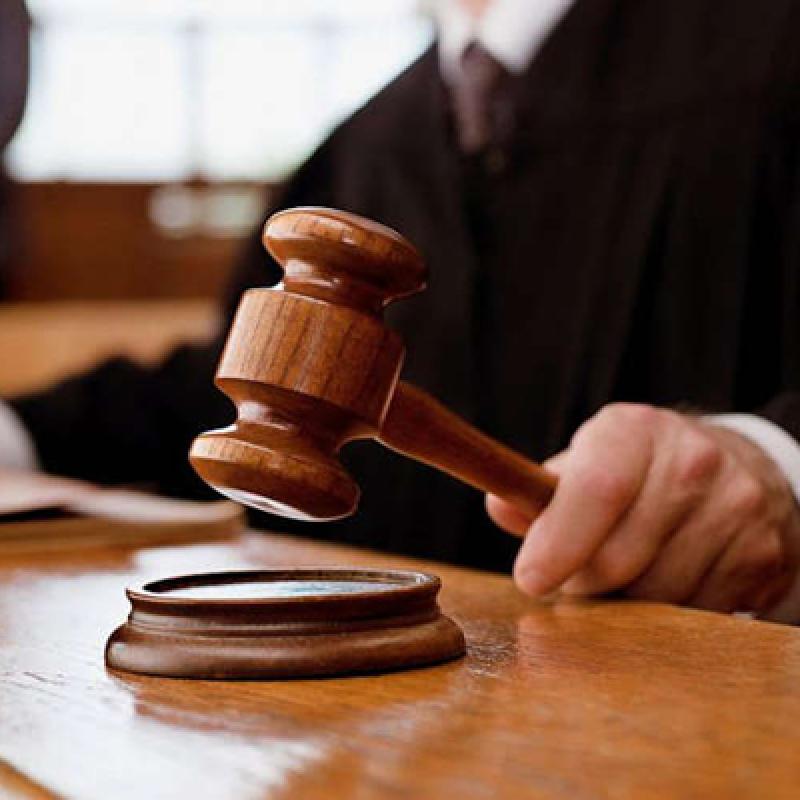 A gunman will continue to serve his life sentence for a "brutal and pre-meditated" murder, after an appeal where he claimed his legal team had failed to challenge disputed Garda evidence was dismissed.

In October 2016, James Lammon (48) was convicted by a jury at the Central Criminal Court of the murder of Jason Doogue in the Green Hills area of Athy, Co Kildare, on August 21, 2015. Lammon, of Cardington Way, Athy, had been found guilty by unanimous verdict.

The jury found that he was the masked and hooded gunman who cycled up to the garden where Mr Doogue was hanging out with friends and shot him three times before cycling away.

Lammon appealed his conviction, for which he received life imprisonment, on the grounds that his counsel failed to challenge a disputed statement attributed to him at his trial.

The trial had heard from Garda Daniel O'Shea, who said that he made a memo of a conversation he had with the appellant while they were in an exercise yard after his arrest. Lammon had denied that the conversation ever happened.

At the trial, a deal was arranged between the prosecution and the defence to allow only segments of Gda O'Shea's memo to be admitted into evidence, which Lammon claimed he was not consulted about.

Gda O'Shea told the trial that Lammon told him: "They'll never get a charge on me; they have nothing, only stupid statements from Athy. They have a lad, fully covered on a bike, my height and size, and they think that will stick."

Gda O'Shea also told the trial that Lammon had told him that the bullet was meant for another man.

On Tuesday, December 21 the presiding judge of the Court of Appeal Mr Justice George Birmingham said that the appellant’s former solicitor, David Gibbons, had said he discussed and received clear instructions from Lammon to accept the prosecution proposal about Garda O’Shea’s evidence.

"It seems to us to be an absolutely inescapable conclusion that only one can be telling the truth and that one must be telling an untruth. Was the appellant informed of the prosecution proposal and did he instruct his legal team to accept it? We are of the view that this should be answered in the affirmative" said the judge.

Mr Justice Birmingham said it was "very hard, if not impossible, to believe that a client who had been told that a particular aspect of the evidence would “never see the light of day”, and who had been led to understand that the admission of that evidence would be challenged that day, would have accepted its admission in edited form without demurral if that had not een agreed with him in advance".

The judge said there were a number of issues that Lammon wanted to pursue in his appeal and that it "is clear that he had regrets or had second thoughts about some decisions of a tactical or strategic nature that were taken at trial".

The judge noted that Mr Gibbons met with Lammon in Portlaise Prison in May 2017 and that they discussed the Gda O'Shea matter.

The solicitor's note records: “He [Lammon] spoke about the fact that we had agreed some of the Garda Danny O’Shea evidence. I pointed out to him again that we had discussed this and made the decision about it during the course of the trial. It was a good settlement at the time given what Garda O’Shea had to say. We all agreed at the time that we dealt with that issue very well and again he would not be allowed to reconsider that decision at this stage.”

Mr Justice Birmingham said: "If the choice is considered as being one between a full version of the Garda O’Shea memo and the shorter, edited version, then, undoubtedly, the shorter version rather than the full version represented a significant advance for the defence, particularly when one considers the defence strategy as a whole. This is a case where the onus rested on the appellant to persuade this Court that, on the balance of probabilities, his legal team acted contrary to his instructions.

"We are of the view that this threshold has not been reached. In fact, we would go considerably further and say that we are satisfied beyond all reasonable doubt that the evidence of Mr Gibbons is correct; that the prosecution proposal about Garda O’Shea’s evidence was discussed with the appellant; and, that the latter fully understood what was on offer, and instructed his team to accept the proposal. Given the options, that was a rational and informed decision on his part and we are in no doubt whatsoever but that that was what occurred."

Mr Justice Birmingham said the court would dismiss the appeal.
At the appeal hearing, Mr Richard Greene QC, for Lammon, said that his client had objected to the evidence of Gda O'Shea and denied that the conversation in the exercise yard ever happened.

In his submission, Mr Greene said that the question before the Court of Appeal was whether or not clear instruction was followed by Lammon's legal team.

Counsel said that discussions by Lammon's legal team had "bypassed" his client and that their trial strategy did not support that Lammon had changed his mind and then instructed his legal team to allow excerpts of Gda O'Shea's memo.

"There was no authority given by him [Lammon] to arrive at this proposal," said Mr Greene, who added that Lammon's opposition to the conversation had been previously recorded in August 2015.

"He [Lammon] had absolutely nothing to alert him as to what was to come," said counsel.

Responding, Kerida Naidoo SC, for the State, said that Lammon had twice changed his legal team and that in earlier papers there had been "no suggestion anywhere that he didn't know what was going on" and that "he doesn't say his previous team failed to follow instruction".

Counsel said that the memo was not the most important aspect of Lammon's case, which also featured DNA and firearm residue evidence.

Mr Naidoo said that Lammon had also been identified as the man who took the bike - identified as belonging to Lammon's nephew - that was used in the murder out of the back of a nearby van.

Regarding the deal struck by Lammon's team and the prosecution, Mr Naidoo said that it was "much less damaging [to Lammon] than the full version of the memo" and that there were "good tactical reasons" behind the agreement.

At the trial, Mr Doogue's sister, Stephanie, took the stand and told the court that Jason was the "best brother in the world" and a "loving uncle and best friend".

Trial judge Mr Justice Paul Butler described the killing as "brutal and pre-meditated" and said "there is only one sentence" before handing down the mandatory life imprisonment.