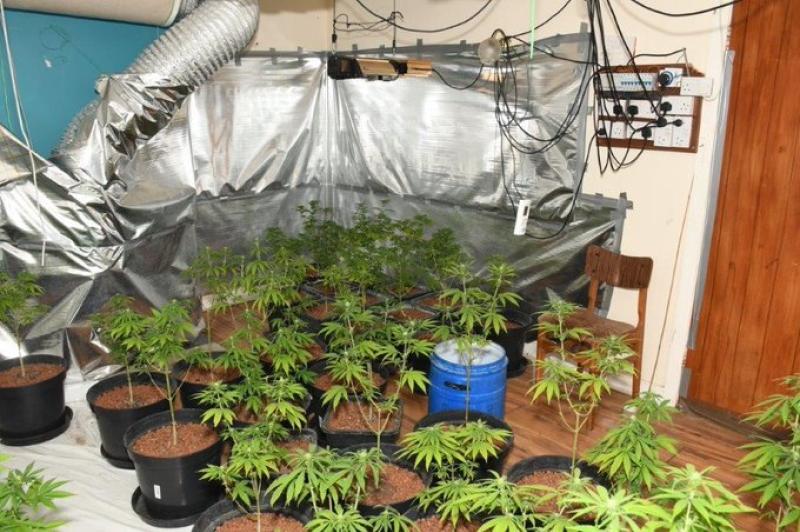 Garda HQ issued a statement after the illegal herb growhouse was discovered with another in the pipeline.

"Gardaí from the Tullamore Drugs Unit and Tullamore Detective Unit conducted a surveillance operation on Wednesday morning, December, 22 and seized drugs worth in excess of €110,400 in the course of the operation.

"As part of Operation Tara and ongoing investigations targeting the sale and supply of drugs in Tullamore, Gardaí stopped and searched a van in Clara and 33 cannabis plants with an estimated street value of €26,400 were located in the rear of the van.

"The driver and passenger of the van, both males aged in their early 30s, were arrested at the scene and were detained under Section 4 of the Criminal Justice Act, 1984 at Tullamore and Birr Garda Stations.

Gardaí added that all drugs will now be sent for analysis while the two men have been since charged in relation to the seizure and to appear before a special sitting of Tullamore District Court on Thursday.