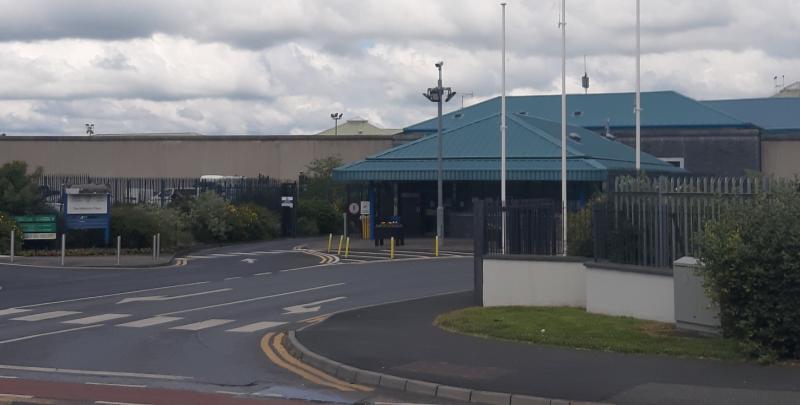 A powerful Dáil committee chaired by a Laois Offaly TD wants the Department of Justice to review the policy used by the Irish Prison Service to allow staff highlight failings or wrongdoings at jails in Portlaoise and other parts of the country.

The operation of Protected Disclosures was referred to in the Comptroller and & Auditor General’s 2019 Report on the Accounts of the Public Services which was considered by Brian Stanley and other members of the Dáil Public Accounts Committee.

A follow up report published on January 27 on the Examination of the 2019 Appropriation Account for Vote 24 – Justice and Equality,  the Committee makes recommendations on issues which were discussed with the Department of Justice and the Irish Prison Service in December 2020.

The report from Dep Stanley and his colleagues makes the following recommendation.

"On the issue of Protected Disclosures within the Irish Prison Service, the Committee recommends that the Department of Justice reviews the Protected Disclosure Policy currently applied in the IPS with a view to ensuring that the policy is working as intended and that staff members can have confidence in the system.

"The Committee recommends that this review is carried out within six months and that it is furnished with a copy of the findings," it said.

The recomendation was made following concerns highlighted in the new report.

Of these, one was transferred to the Department of Justice and the remaining seven were sent for external investigation. At the time of the meeting, three of these investigations had concluded and one disclosure had been terminated by the investigator.

"However, the Committee is concerned that the Terms of Reference for investigating protected disclosures appear to be quite narrow and that cases cannot be sent to An Garda Síochána if criminality is suspected.

"While the Committee is aware that the Terms of Reference and the legal status of protected disclosure investigations are not determined by the Department of Justice or the IPS, it remains a matter of concern.

"Furthermore, the Committee noted that a negative perception of the protected disclosures process could potentially deter individuals from making disclosures for fear of professional reprisal. The Department and the IPS stated that no staff
member has been disciplined as a result of making a protected disclosure and that the IPS’ Protected Disclosure Policy allows for individuals to make a complaint if they feel they have been disciplined for this reason.

"Nevertheless, the Committee is concerned that the Protected Disclosure Policy is not fully working in the way it was intended to and that disclosers are not fully protected by the process," said the Dáil Public Accounts committee.

The processing of complaints by prison officers has been the subject of ongoing controversy with some staff saying they have been forced to leave due to the consequences.

Judge William Early made damning findings against the Irish Prison Service over the treatment of a prison officer who blew the whistle on an incident in which two of his colleagues were viciously assaulted in March 2015. The prison officer subsequently left the service.