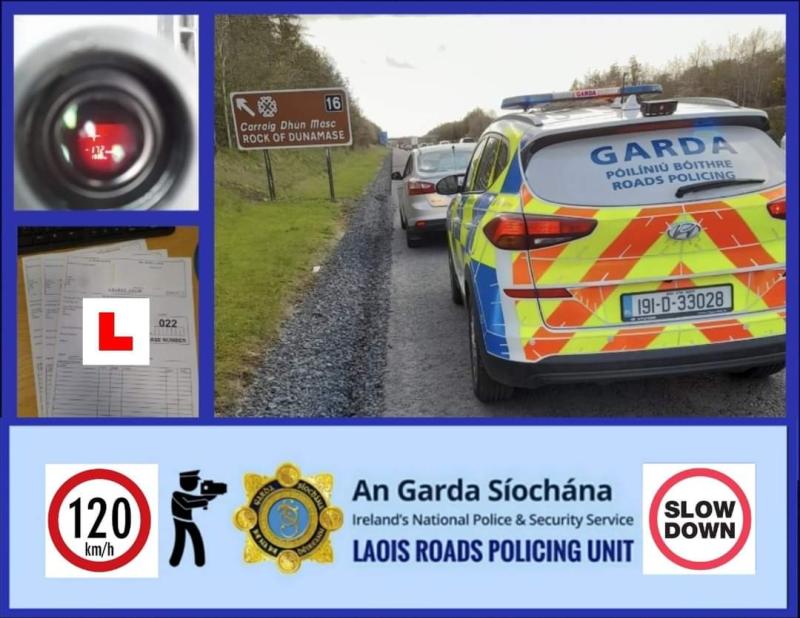 A learner driver clocked at 50 kmph over the speed limit in Laois is facing a day before a judge in Portlaoise court after being caught by Gardai.

"Laois Roads Policing Unit detected a vehicle travelling at 172kph on the M7 this evening.

The driver was driving on a learner permit only issued two weeks ago and was driving while unaccompanied, without L plates displayed and without insurance," they said.

Gardai arrested the driver and charged him to appear before Portlaoise District Court.

They said the vehicle was also seized after being stopped near the Heath junction Portlaoise.