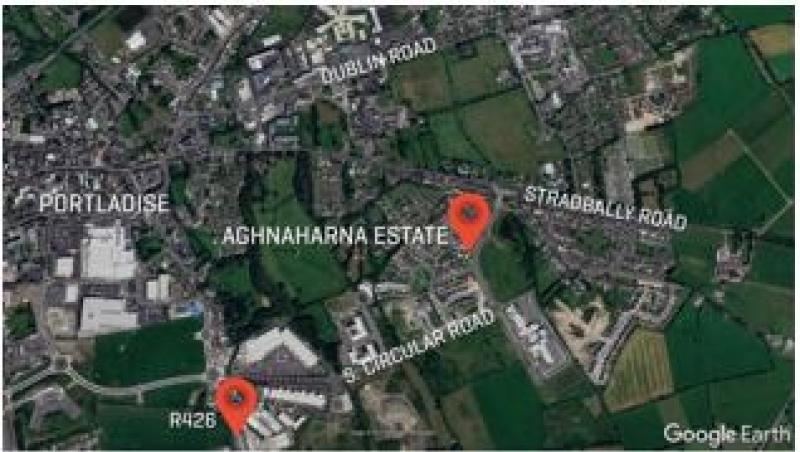 Portlaoise Gardaí are investigating an aggravated burglary at a home in the Aghnaharna Estate in Portlaoise on Monday, March 7 at 8pm.

Three young sisters were in the house when three men forced their way in, searched the house and stole cash before escaping in a dark coloured Opel Zafira. Gardai are appealing for information or witnesses who may have been in the area at the time to come forward.

They said: “On the date in question, three sisters were in the house when a male called to the house asking if they had ordered pizza. After being told they hadn’t, the male left and the door was closed.

A few moments later, the male reappeared with two other male suspects and entered the house through the front door. Two of the males went upstairs to the sisters who were in their bedrooms.  One of the suspects was carrying a screwdriver.

The upstairs of the house was searched and a sum of money was found and taken.  The third male went into a downstairs room where the third sister was present. On seeing the suspect, she let out a scream and the man ran out of the house.  The two other men quickly followed and ran from upstairs.”

It is thought the three suspects escaped the estate in a dark coloured Opel Zafira.

Gardai have issued a description of the suspects. All three suspects were described as being in their 20’s of average height and slim build. They were dressed all in black and had possible eastern European accents. The aggravated burglary featured on Crimecall on RTE.

In their appeal, Garda are specifically asking:  Were you in the Aghnaharna Estate, Portlaoise on March 7, 2022 between 7.30 and 8.30pm.

Did you see three men dressed in dark coloured clothing in the area?

Did you hear anyone in the estate around this time that may have been speaking with an Eastern European accent?

Did you notice a dark coloured Opel Zafira, parked up in the estate?

Were you travelling outbound towards Portlaoise on the Southern Circular Road, known locally as Timahoe Road, Stradbally Road or Dublin Road? Did you notice the suspect dark coloured Opel Zafira or do you have dash cam footage that may assist the investigation?

Do you live in the area and did you have person(s) calling on the pretence of delivering pizza?

Anyone with information is asked to contact Portlaoise Garda Station at 8674100.