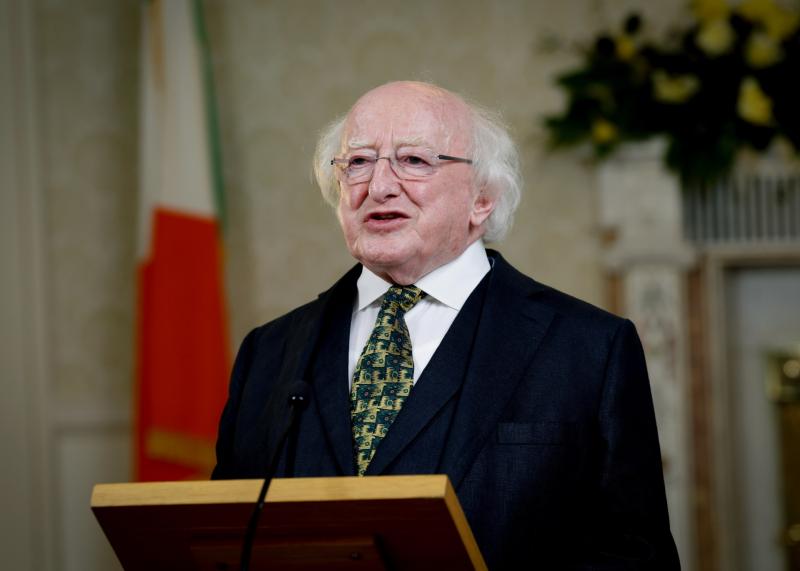 The Supreme Court has ruled that the President of Ireland, his staff, and the Council of State are immune from EU regulations requiring the public disclosure of information relating to the environment.

The ruling was made in proceedings brought by the Right To Know Group, which campaigns for greater transparency, concerning obligations that arise under EU Communities regulation, known as the Access to Information Directive of AIE, regarding access to Information on the Environment.

The information sought included documents which were before the Council of State, the council’s minutes or its communications with President Michael D Higgins when advising him whether two Bills should be referred to the Supreme Court.

The two bills were the Planning and Development Bill 1999 and the Housing (Miscellaneous Provisions) (No. 2) Bill 2001.

The group also sought material related to two speeches made by the President, one in Paris in 2015 at the Summit of Consciences of the Climate and the second at the New Year’s Greeting Ceremony in January 2016.

The Commissioner had refused to direct the OSG to provide the speeches background material on the basis the OSG was entitled to the same immunity given to the President under Article 13 of the Constitution, which provides the President is not answerable to the Oireachtas or courts.

In 2020 the High Court ruled that the information relating to the two speeches ought to be disclosed to the group.

Mr Justice Anthony Barr also ruled that information held by the council of state fell under the legislative exception to the AIE regulations and were not subject to an obligation to be released to the public.

The State Parties Appealed the decision that information concerning the speeches should be released, while the judge's decision refusing to direct the disclosure of the material before the council was cross appealed by Right to Know.

The court said that by making information and documentation related to the work of the President subject to obligatory disclosure under the AIE regulations would make the President answerable to the courts.

This, the court said, was precluded under Article 13 of the Irish Constitution.

The President, the council, and his staff are exempt from the disclosure provisions of the AIE Directive it also held.

The Court also considered that an obligation to disclose is not necessitated by the Supremacy of EU Law.

The Court also held that the President is not a public authority as defined in the EU directive as the President has no role as a decision maker in the realm of environmental policy.

Giving the Court's decision Ms Justice Baker said that constant approach of the courts has been to decline any challenge to the President in the performance of their duties.

The President enjoys an immunity from legal sanction which is included in the Irish constitution.

The only means in which a President can be called to account is by an impeachment process contained in the constitution.

The judge also held that that there the Office of Secretary General to the President and the Council of State did not have​separate legal identities or have separate functions where they independently of the President hold information that might be the subject of a request for disclosure.

Their function is to assist the President, who she added is "above party politics".

The judge also rejected the groups argument that the Supremacy of EU law required the President to be subject to a request for environmental information under the directive.

The President she said is not a public authority because the office holder acts outside the policy making realm.

The power to make decisions that affect the environment is the key test to determine if a body is a public authority, she said.

The President's powers are constitutionally defined and constrained to those ceremonial, symbolic and limited.

None of the powers involve any decision-making role on environmental issues, she added.