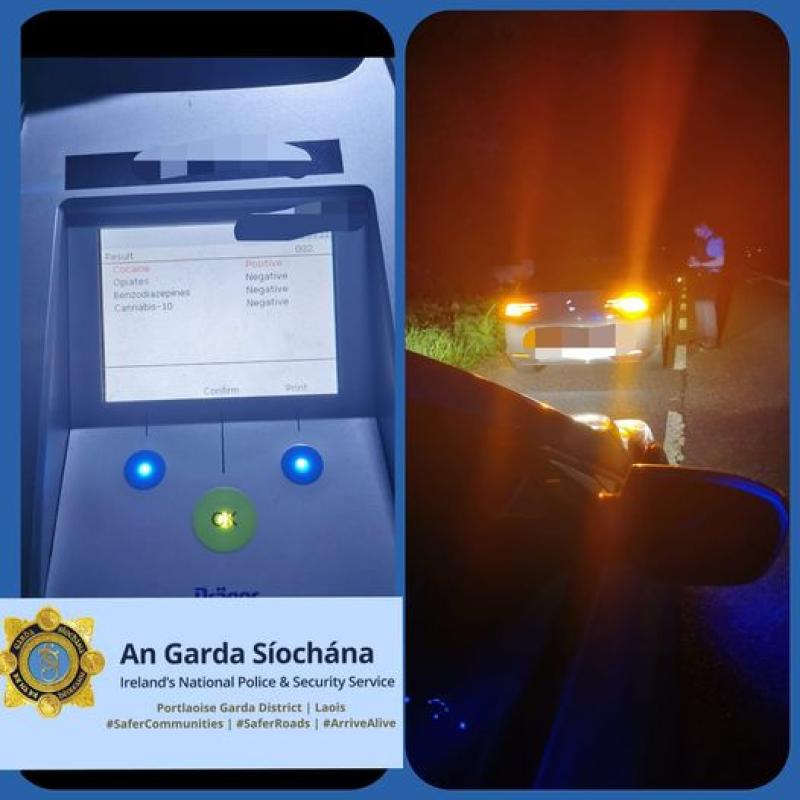 Gardai said the car attempted to evade officers who had spotted the vehicle being driven in a suspicious manner.

The driver was stopped and tested positive for cocaine. Gardai said a court proceeding will follow.