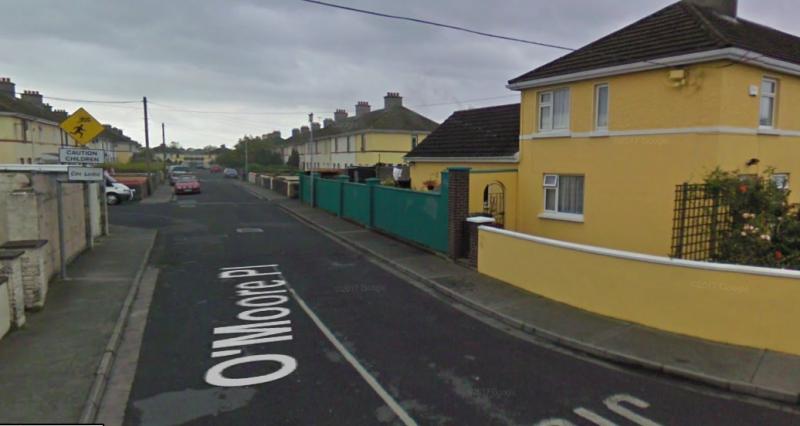 The injuries suffered by a contractor while working for Laois County Council in a Portlaoise estate, were detailed at the October council meeting, and the incident strongly condemned.

The contractor was assaulted in O’Moore Place Portlaoise, and he suffered a broken wrist as well as injuries to his head.

The assault was strongly condemned by Sinn Féin Cllr Caroline Dwane Stanley, who grew up in the estate.

She strongly asserted that the “suspects” were not from O’Moore Place.

“Last week a very serious incident took place where a contractor was assaulted carrying out his job. A most despicable act. While I totally condemn this, I don’t know anyone who wouldn’t in O’Moore Place. Residents are absolutely fuming that a tradesman has been hurt. I want to make it crystal clear, that the suspects involved were not from the area,” Cllr Dwane Stanley said.

She urged Gardaí to attend crimes quicker in the estate, which is undergoing an expensive regeneration by the council.

“I welcome the regeneration project starting, I know that number 53 and 65 are in the process of being purchased, and Doran’s Field at the back is being considered for social housing,” she said.

She however added that residents needed to be part of the regeneration.

“We need a buy-in by residents. I’ve been born and raised in O’Moore Place and I’ve never come across an incident like this. Residents tell me they have given up on the guards, they just don’t come. Some incidents last up to an hour. People are being intimidated and terrified in their own homes. This has to come to an end,” she said.

“We can pour money into it, and I’ve welcomed and asked for this regeneration, but to get that buy-in from residents, we need to bring to an end the anti-social activity,” Cllr Dwane Stanley said.

She claimed that the people involved in the assault are “carrying out similar incidents all over the town, they have the entire town to ransom”.

“I had recent motion on anti-social behaviour in Mountrath from council tenants. I am pleading again, when people see this that they ring the council. The numbers of complaints do not add up to the amount going on in housing estates,” he said.

The council director of services for housing Gerry Murphy said the assault was “absolutely outrageous”.

Several councillors also passed on their sympathies to the injured worker.

O’Moore Place on the Mountmellick road is one of the oldest council estates in Portlaoise. During the boom many houses were sold to private owners and then left empty and vandalised. The council is trying to buy them back. The council owned houses are to get insulation next year.

A Physical, Social and Economic Regeneration Plan is also being prepared in consultation with all stakeholders, including the local community.

Gardaí have recovered a huge haul of stolen power tools at a Laois checkpoint, with photos.