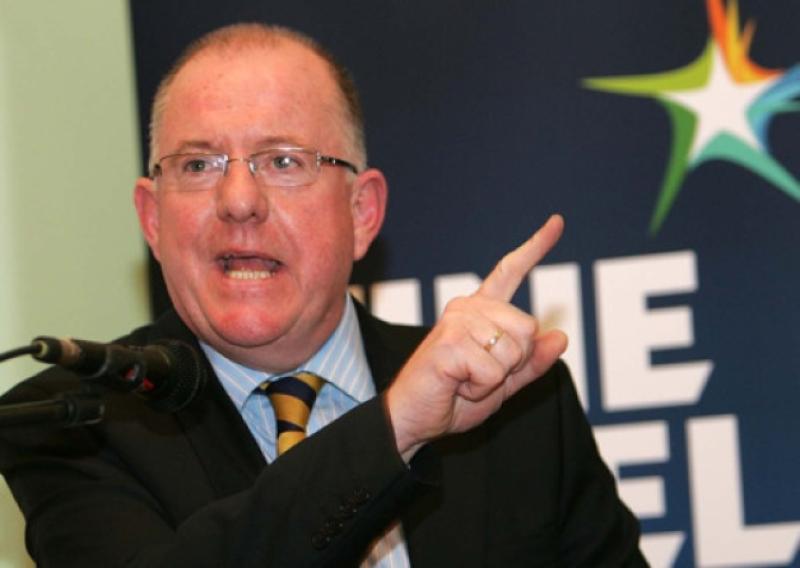 Roaming gangs that have caused havoc in Laois Offaly and other parts of rural Ireland have nowhere to hide according to Laois TD and Minister for Justice Charlie Flanagan.

Minister Flanagan was responding to the actions taken by the Laois Offaly Garda Divison to stem a crime wave across the midlands which saw on farmer beaten with iron bars and a shot fired at gardaí.

Divisional Chief Superintendent John Scanlon revealed to day that the public deserved a response. A taskforce of gardaí has been set up and for the next month will work with local gardaí, armed gardaí with national back up.

GARDA WARNING TO ROAMING GANGS AS TASKFORCE IS SET UP

Minister Flanagan said he criminals will not escape justice.

“As Minister I have a clear message to criminals: there is no place to hide. Gardaí have the resources and the skills to prevent crime and to ensure offenders pay the price.

"There may be a perception that rural towns, villages and townlands are soft touches for thieves and burglars – that perception is wrong. I am confident that a new Garda Task Force to tackle Crime in the Laois-Offaly division will be highly effective.

Minister Flanagan said the taskforce would be supported by the Emergency Response Unit which is armed.

"I welcome and fully support their efforts, and I am confident that measures such as armed checkpoints will send the message to the crime gangs that Laois-Offaly is no safe harbour for them," he said.

The Minster said the steps taken would go hand in hand with the anti-burglary measures under Operation Thor – the success of which have been borne out by the latest available CSO crime figures.

He said that since the launch of Operation Thor in late 2015, the CSO figures show a 30% decrease in burglary nationally, for the twelve months of 2016. Operation Thor has mounted over 87,000 targeted checkpoints leading to over 6,000 arrests for crimes including burglary, handling stolen property, possession of firearms and drugs offences.

OPINION - ARE LAOIS AND OFFALY A HAVEN FOR GANGS TO ROAM

Minster Flanagan said the recession negative impact on policing was being addressed.

“The catastrophic economic recession had a negative impact on Garda numbers and Garda resources but Fine Gael in Government has turned the table both economically and in terms of Garda resources. Since we re-opened Templemore College, 1,400 new Gardaí have been recruited and this recruitment continues apace with 800 more young women and men set to join next year. Those new recruits then go to stations around the country, including to Laois/Offaly which has been assigned 18 additional Gardaí in the last year," he said.

The TD claimed that garda could respond to thieves who think the motorways and fast cars are the means to escape.

“Our motorway network may be seen as an advantage my criminals but Garda intelligence and investment in new top of the range vehicles will stop criminals from exploiting our infrastructure. Over 720 new Garda vehicles have come on stream since the start of 2015.

“As successful arrests in the last 24 hours have shown, Gardaí are targeting criminals who prey on householders and the net is closing on them," he said.