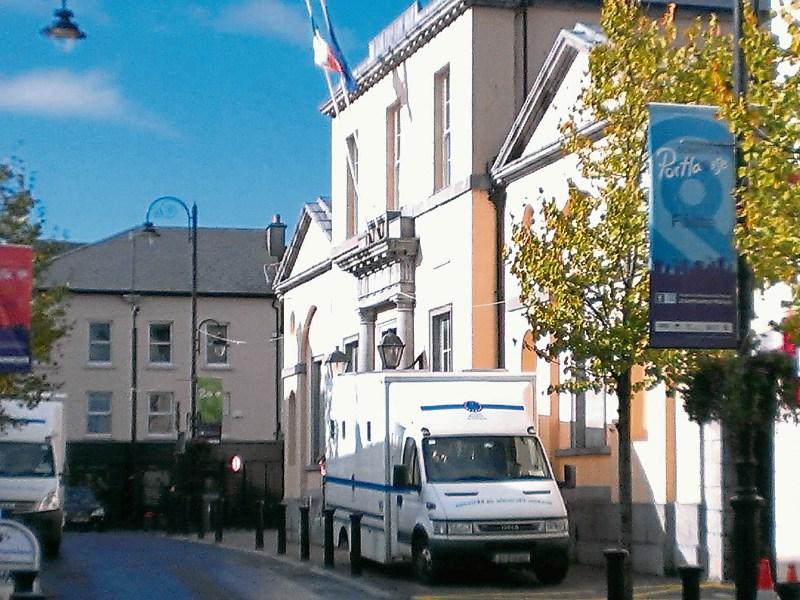 A Portlaoise man described as being “the best” member of “a notorious family” has been given community service and a suspended jail sentence for the attempted robbery of four young men in Mountrath.

Detective Garda JP O'Brien gave evidence, along with State prosecutor, Mr Will Fennelly, that one of the young men collected his friends and drove to a riverbank area at Knockanina, Mountrath.

When they arrived they observed three males in the vicinity, so decided to wait in the car. Two of the males approached the car and demanded to be allowed take the car for a spin. The driver refused and the accused threatened to knock his teeth back down his throat.

The driver tried to close the car door, but O'Donoghue hit him in the face with a closed fist. One of the other men in the car attempted to intervene and one of O'Donoghue's colleagues punched him, before a demand was made for the men in the car to empty their pockets.

Det O'Brien said the men in the car produced their phones and wallets, but nothing was taken. There were no physical injuries incurred.

The accused subsequently pleaded not guilty and the case was listed for trial at the last sitting of the circuit court. When the case came before that court, a legal submission was made by O'Donoghue's defence, but Judge Keenan Johnson rejected the submission. Following that, O'Donoghue entered a guilty plea.

In victim impact statements, all the injured parties said they feared coming into contact with either the accused, or members of his extended family.

“I feel as though my freedom is limited two years after the incident,” he said.

Defence for the accused, Ms Carol Doherty said her client was 16 at the time and there had been others involved in the incident, which she described as an opportunistic offence.

Judge Keenan Johnson said that a probation report on the accused indicated he came from “a notorious family”, but was trying to leave that behind him.

“He’s the best of them,” replied Det O’Brien.

Ms Doherty confirmed that he came from a very troubled family and his wife and mother were in court to support him, as was typical of members of the Travelling community.

She said he was genuinely remorseful and this would never happen again.

In sentencing, Judge Johnson said that it had clearly been a very horrific incident for the victims and they were scarred for life by this very serious offence.

He said that aggravating factors were the violence used, the accused’s lack of cooperation with the gardaí, and the adverse effect on the injured parties.

In mitigation, the judge noted the accused’s difficult upbringing, and the bad reputation of his family members who had been involved in a considerable amount of criminality.

On one count of attempted robbery, Judge Johnson imposed 240 hours’ community service in lieu of three years in prison; on the second count he imposed a three-year sentence, concurrent, but suspended this for five years on condition the accused enter into a peace bond to keep the peace and be of good behaviour for five years, and pay €1,500 to each of the four injured parties over the next four years, with each payment to be made on or before June of each year. The remaining two counts of attempted robbery were taken into consideration.

“He’s a very lucky man to be walking out of this court,” said Judge Johnson.