Pit Bull that attacked youth saved from destruction by court 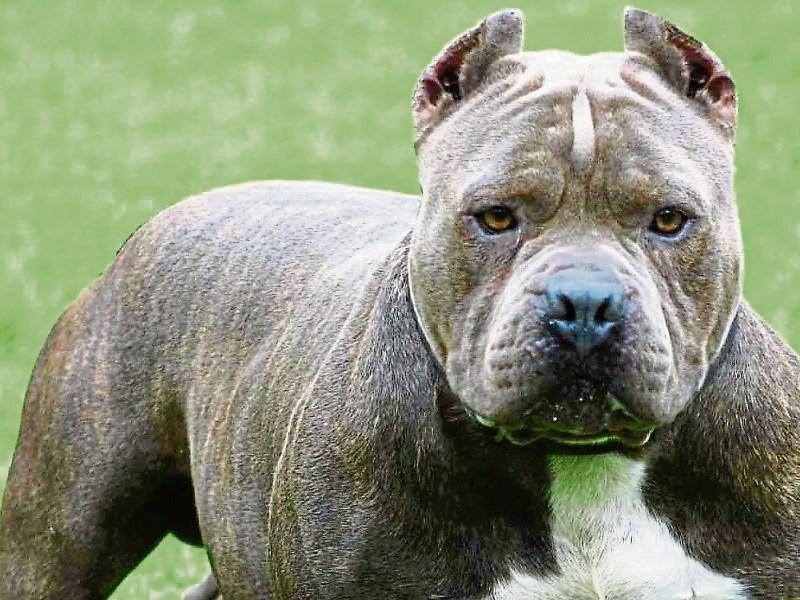 A Pit Bull that bit and injured a youth in Portlaoise has been saved from being put down after its owner appealed a destruction order at Portlaoise Circuit Court and made a charitable donation.

Egidija Semionovas, Kilminchy, Portlaoise, was the owner of the dog that was not restrained or wearing a muzzle, when it bit a 16-year-old boy at Kilminchy on July 19, 2016.

Portlaoise District Court Judge Catherine Staines ordered the destruction of the dog when the matter came before her in February last.

Details of the incident are that on July 19, 2016, a young person was walking through Kilminchy in Portlaoise when the dog, a Pit Bull which was not on a leash, bit him on the leg.

After it bit the youth, the dog ran back to its owner, Egidija Semionovas, who put the lead on the dog, before she took the young person back to his house.

The youth went to hospital, where he received sutures for bite marks to the back of his leg.

When questioned by gardaí, the owner said the dog had been injured and kept inside all week. As the dog was feeling better that day she took it for a walk.

Judge Staines ordered the destruction of the dog, but Egidija Semionovas appealed this order before Portlaoise Circuit Court in July last.

At the appeal, Judge Keenan Johnson said it seemed to have been an aberration, with the appellant generally keeping the dog under control.

He said he would vacate the destruction order in favour of restorative justice, and directed the appellant to donate €500 to the Laois Family Resource Centre.

When the case returned last week, defence, Ms Louise Troy said her client had made a charitable donation and had given an undertaking to keep the dog on a muzzle and leash. Judge Johnson allowed the appeal and vacated the destruction order on the dog.