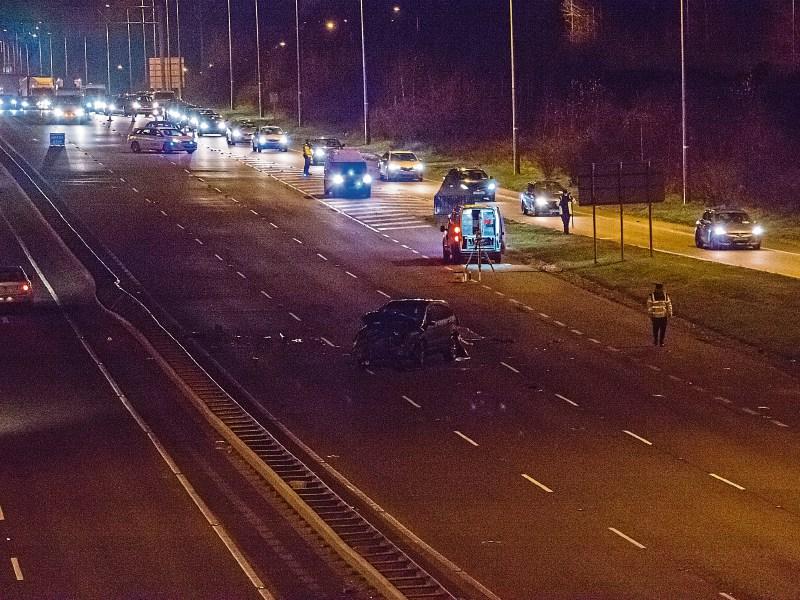 A 16-year-old male appeared before a special sitting of Naas District Court this morning charged in connection with a serious collision on the N7  at Johnstown on Thursday afternoon.

The young male, from Tallaght, allegedly drove the vehicle that was involved in a serious crash on the N7 yesterday, leaving one teenager in a critical condiiton in hospital.

The defendant was before the court on charges of dangerous driving, having no insurance and the possession of an article with the intent to commit burglary.

He was represented in court by barrister Gerard Kennedy, on instruction from Aonghus McCarthy solictors.

He went to the scene in an unmarked patrol car with flashing sirens. He told the court that the young men would have been aware of the vehicle and stopped accordingly. As gardai approached, they drove off.

They were then involved in a road traffic accident, and one of the youths was injured. The other three fled the scene on foot, and were later apprehended following a search of the area.

There was no objection to bail and an application was made for legal aid.

Superintendent Declan McCarthy from Naas Garda Station explained that there was no objection to bail because the juvenile has no warrant history and his father was in attendance in court.

The detective said there was no ojbection to bail, under strict conditions that the defendant keeps the peace, provides gardai with a mobile phone number that is accessible all the time and signs on every day at Tallaght Garda Station between 4pm and 6pm. He must also adhere to a strict curfew of 9pm to 8am daily. He is not to drive any vehicle that requires a licence.

The court heard that it was possible the youths had permission to drive the vehicle.

“They are all under 17, somebody remains seriously injured, one is still in custody and one has been released with a file sent to the DPP,” said Judge Desmond Zaidan.

The judge told the youth that if the gardai have any concerns about his behaviour they can revoke the bail and put him in custody pending a trial.

One youth was released without charge last night, another remains in Garda custody and the third remains in Tallaght Hospital.