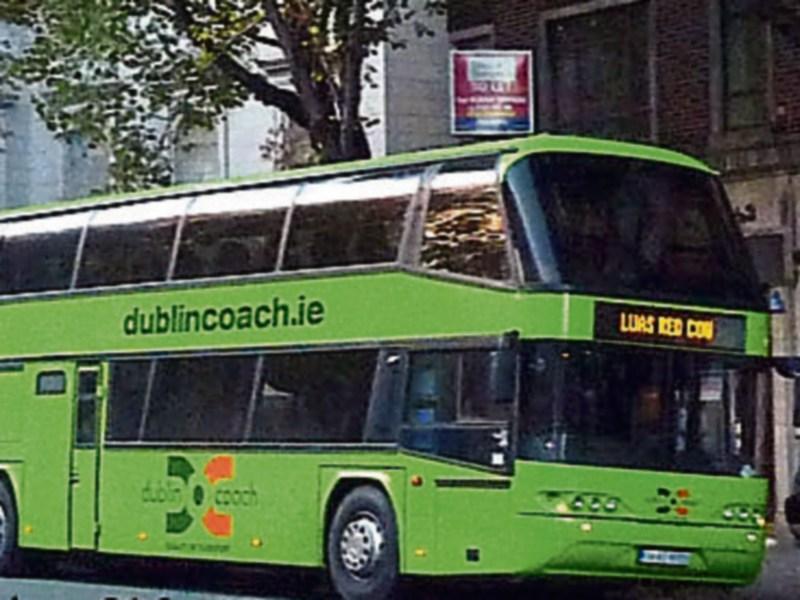 A bus company that serves Laois, Kildare Dublin and Dublin airport has been fined €6,000 for breaches of tachograph and driving regulations.

At Naas District Court on February 5, Citi Bus Ltd, (t/a Dublin Coach with an address at Moorehill House, Brannockstown), was fined €1,000 each for six breaches of the regulations following a case taken by the Road Safety Authority.

The breaches occurred on September 25 and December 12 2016, between August 1and October 2016, and March 9, 2017. The company was ordered to pay €1,757 of the cost of the prosecution in addition to the fines. It pleaded guilty to the six breaches.

A RSA inspector, Gerry Fleming, said that he visited the company's premises on January 4 2017, and found “significant gaps” in a number of records.

One breach involved an action by a driver who was involved in taking people on a golf tour on September 25 2016, but did not take the proper rest period.

Asked by Judge Desmond Zaidan why the company did it, Mr Fleming said that it was “more of a housekeeping issue.”

Mr Fleming went on to say that the company had been fined previously, also at Naas District Court on April 4 2016, for similar breaches of the regulations.

The company said that was a once off breach of the regulations by a driver during a private hire.

Judge Zaidan was told that the company had grown rapidly and has now invested in a brand new digital system for €370,000. This will allow the company to check driver use in “real time.”

The judge was told  “the company could have been more co-operative” with the RSA.