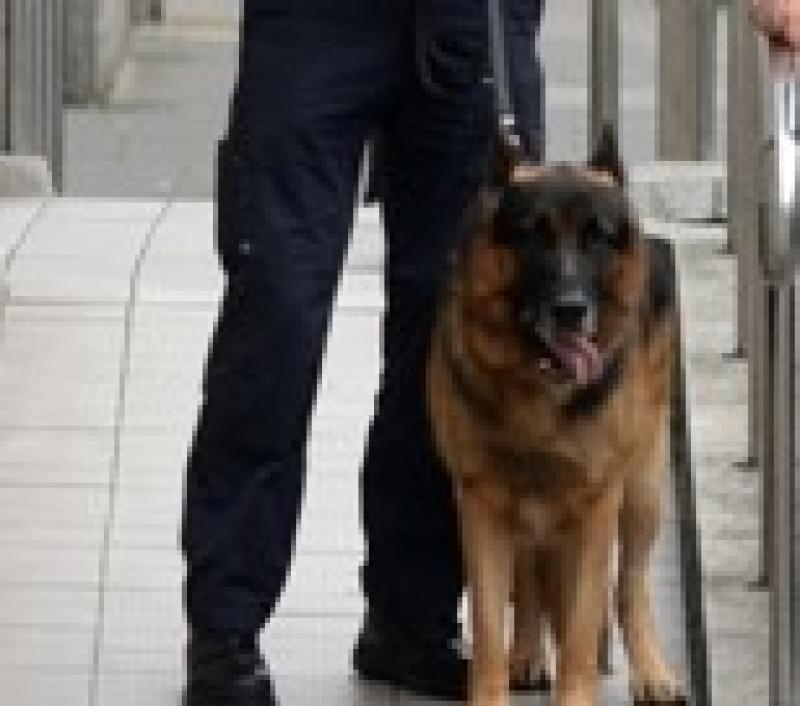 A Dublin-based Garda dog unit assisted in the arrest of a man in Portlaoise this week as part of a high-visibility policing exercise in the Laois town.

The Kilmainham-based team of two German Shepherds multi-purpose dogs and two garda dog handlers patrolled a number of housing estates and streets around the town during the hours of darkness on Tuesday, February 20.

During the operation, a man was arrested at around 9pm on suspicion of trespass at a property on the Abbeyleix Road area of town.

The individual was detained by the garda with the help of Sheeka - a specially trained policing dog.

A second dog, Bailey, was also on duty on Tuesday night. A third explosive detection dog was not called into action but was part of the team the visited Portlaoise.

It is expected that there would be a number of visits by the team which is part of the Nation Garda Dog Unit.