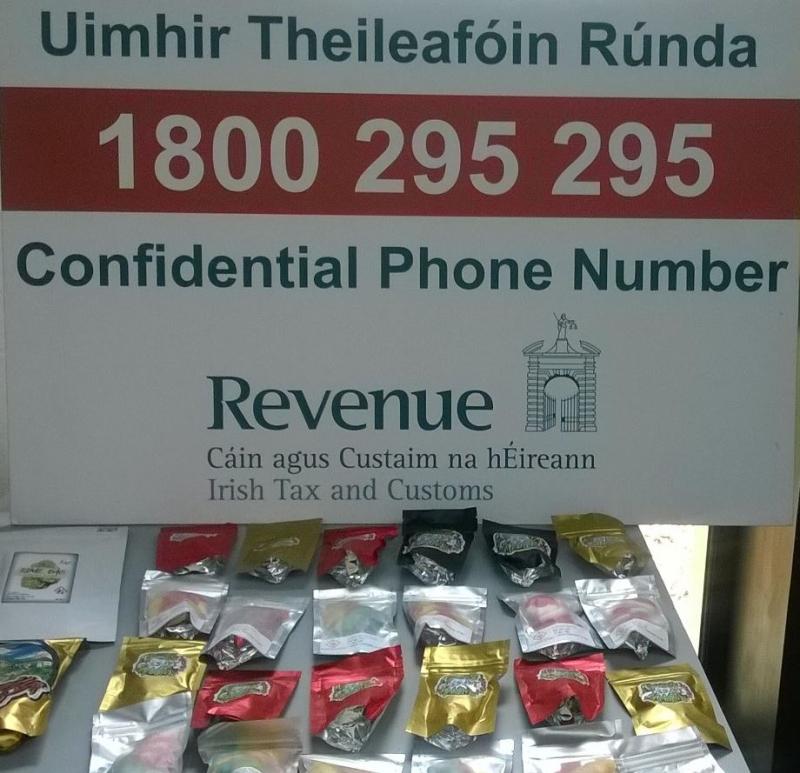 The illegal drugs were discovered, with the assistance of Revenue detector dog Stella, in a parcel declared as 'beauty products'. The parcel originated in the USA and was destined for delivery in Dublin City.

The Tetrahydrocannabinol (THC) content within the jellies is currently being forensically analysed. The estimated value of the detection is €11,000.

Also today, as a result of routine operations, Revenue officers at Portlaoise Mail Centre seized 600 grams of herbal cannabis with an estimated street value of approximately €12,000. The illegal drugs, discovered with the assistance of Revenue detector dog Stella, originated in Spain and were concealed in tins declared as 'coffee products'. 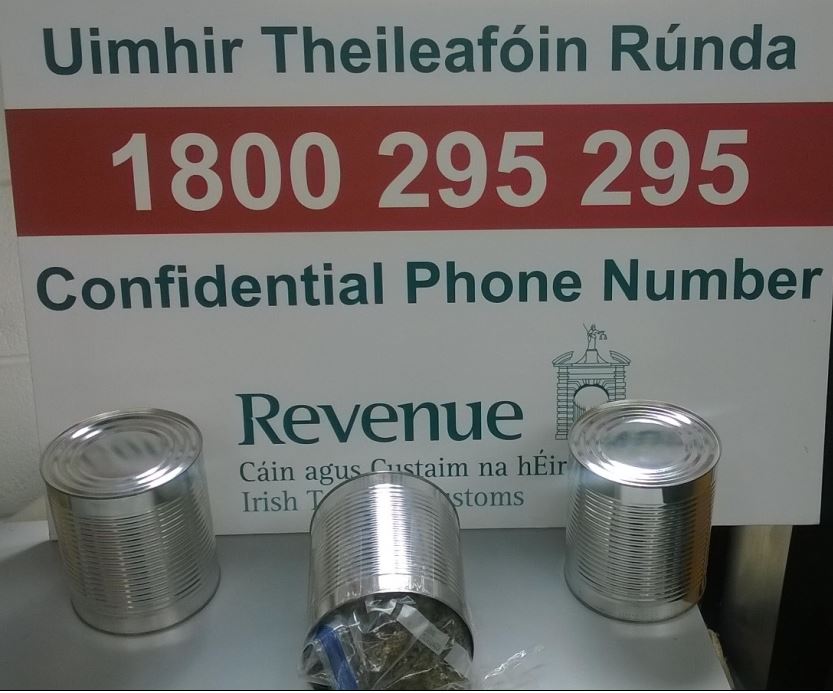 Meanwhile last Friday, Revenue officers seized 50,000 unstamped cigarettes while carrying out a Multi Agency checkpoint with An Garda Síochána in North Tipperary. The seized contraband cigarettes have an estimated street value of €30,000, representing a potential loss to the Exchequer of almost €24,000. The brands seized included 'EM@IL' and 'Richman'.

A man in his 40’s was questioned and a file is being prepared for DPP.