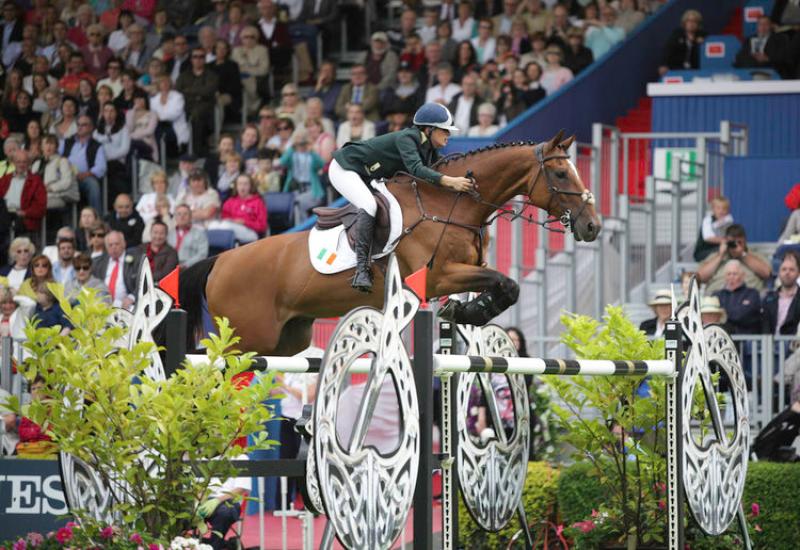 An Irish horse bloodstock company has withdrawn its High Court action aimed at allowing its horse to compete at next month's Dublin Horse Show at the Royal Dublin Society.

The action was brought by Heritage Bloodstock Ltd, with an address in Cahir, Co Tipperary which claimed that another horse, due to compete in the five-year-old's competition at the renowned event, should not be allowed to take part.

The other horse, it was alleged was ineligible on grounds including it is not Irish bred, nor was it including in a Department of Agriculture approved breeding list for 2018 that would allow it to compete at the show.

It was claimed that allowing the other horse, called Indigo VDL, to take part would be a breach of the RDS's own rules.

Last week Heritage Bloodstock secured permission from the High Court to serve short notice of its proceedings against the Royal Dublin Society, Showjumping Association of Ireland, trading as Showjumping Ireland and Mr Ivor Broderick. from Loughrea Co Galway who is the owner of  Indigo VDL.

It had sought injunctions permitting Heritage Vittorio to compete at the five-year-old competition at the HorseShow, and that Mr Broderick's horse removed from the competition.

It also sought declarations that Indigo VDL does not qualify under the qualifying criteria and is not eligible to compete under the RDS rules for the Dublin Horse Show.

On Wednesday when the matter returned before Ms Justice Caroline Costello at the High Court Cliodhna Breen Bl, for Heritage Bloodstock said that the action has been withdrawn.

Harriet Meagher Bl for the RDS said her client was seeking its costs from the applicant.  The matter was adjourned to later this week when the judge will consider the costs application.

Previously the court heard that Heritage Vittorio, failed to qualify for the five-year-old competition at the HorseShow after finishing 12th in a qualifier held last May.

Indigo VDL, finished third in the qualifier.  The top nine horses at that event qualified to jump at the Dublin Horse Show.

The horses that finished 10th and 11th in the qualifiers subsequently secured places at the event, leaving Heritage Vittorio is next in line to participate in the five-year-old competition if Indigo is not allowed compete.