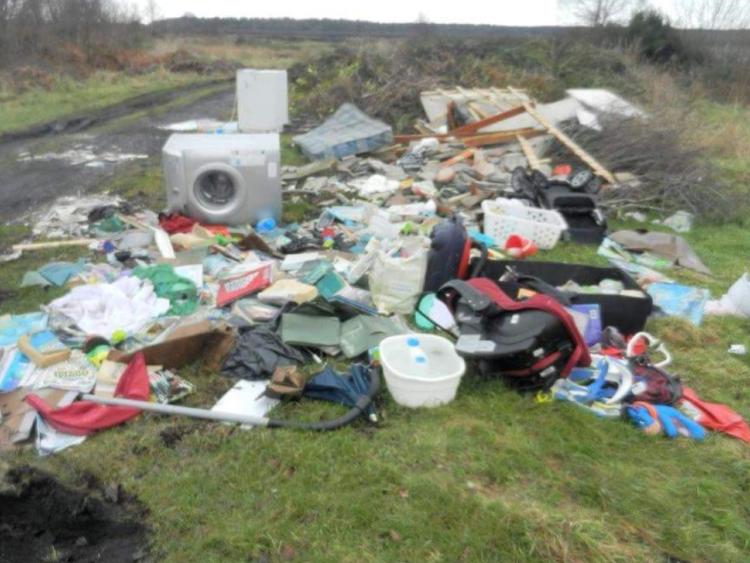 A Kildare householder has been prosecuted for illegal dumping near Portarlington after paying a man with a van to remove the waste and the offence is likely to end up costing taxpayers up to €3,000.

Offaly County Council has successfully prosecuted a householder in Newbridge who was alleged to have paid a man in a van €500 to clear out his garden. Waste was subsequently dumped on the Offaly side of Portarlington.

The householder was prosecuted under Section 32 of the Waste Management Act for giving his waste to an unauthorised person because he did not provide any detail as to who he gave the waste to.

A member of the public notified the council on January 18 this year.

The man who could not be named outside court for Data Protection reasons pleaded guilty and the judge fined him €350 and €507 in costs according to Offaly County Council.

The council hope this case will teach others a lesson about the responsible disposal of rubbish. Offaly County Council's Awareness Officer Caroline Dempsey said the individual has ended up with a bill will in excess of what it would cost to dispose of the rubbish legally.

Ms Dempsey said some the items such as the washing machine could have been disposed of free of charge. The man claimed during the investigation that he had been paying a licensed waste collector to dispose household rubbish.

While the housholder has to cover the council's legal costs, Offaly County Council expects to have to foot the bill for its removal. It has yet to be removed from the site as it was dumped on bog land som of which is in private ownership.

Ms Dempsey said the bill could end up being up to €3,000. It is also suspected that some of the rubbish was may have come from a number of differant locations but the original owners could not be identified.

The council urged people to only used licenced waste collectors.

"Ask your waste collector for their waste collection permit. If they can’t provide one you look for one who can at www.nwcpo.ie," Offaly County Council said.