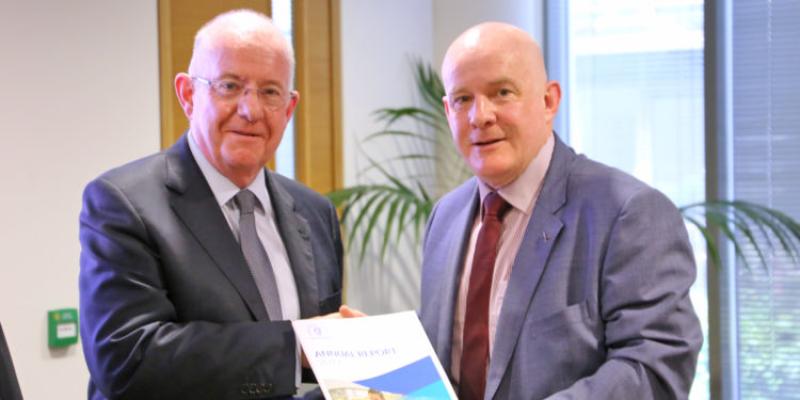 The next boss of prisons in Portlaoise and elsewhere will be paid a six figure salary but to earn it the person must be able to cope with a 'high pressurised' role that involves a €341 million budget for 12 jails run by 3,200 staff who secure 4,300 prisoners.

That is according to the job spec advertised by the Irish Prison Service (IPS) following the resignation of Michael Donnellan two years into his second five year term as Director General.

Details of what the job entails are published by the State's recruitment body Public Jobs.

It says the next director will continue to be based at the IPS HQ in Longford and serve a five year term.

As for what is required the new DG will be asked to delivering on the mission to provide safe and secure custody, dignity of care and rehabilitation of prisoners to ensure safer communities.

The spec says there are currently 12 institutions in the Irish prison system accommodating approximately 4,300 prisoners.

"Accepting personal accountability to the Minister (for Justice) through the Secretary General for the operation of the Prison Service, including the security and safety of prisons and places of detention, managing a budget of €341m and staff in excess of 3,200. The appointee must be able to cope with a high pressure working environment in which there is keen political and media interest"

The salary with effect from October 1, 2018 is €175,111 excluding expenses. The rate applies where the appointee is an existing civil or public servant appointed on or after April 1995 or is newly recruited to the Civil Service and is required to make a personal pension contribution.

The salary will not be subject to negotiation but may be changed in line with Government policy. The appointee may not engage in private practice or be connected with any outside business.

When absent from home and headquarters on official duty, the appointee will be paid appropriate travelling expenses and subsistence allowances, subject to normal civil service regulations. Working hours will be fixed from time to time but will amount to not less than 43 hours 15 minutes gross per week.

Other requirements of the job include leading the management team within the context of "democratic political accountability structures".

The new boss will also have to relate "effectively to the key interests" listed as: the Minister/Department, senior management,
staff, trade unions, political, media, NGO’s, prisoners, and families.

The new boss will also be responsible for ensuring that capital projects are properly appraised, planned, delivered and
evaluated in order to enhance and streamline prison services.

The Department of Justice have declined to reveal why Mr Donnellan stepped down early. The Prison Service say it was for personal reasons and a letter was sent to the Minister Charlie Flanagan to whom Mr Donnellan reports.