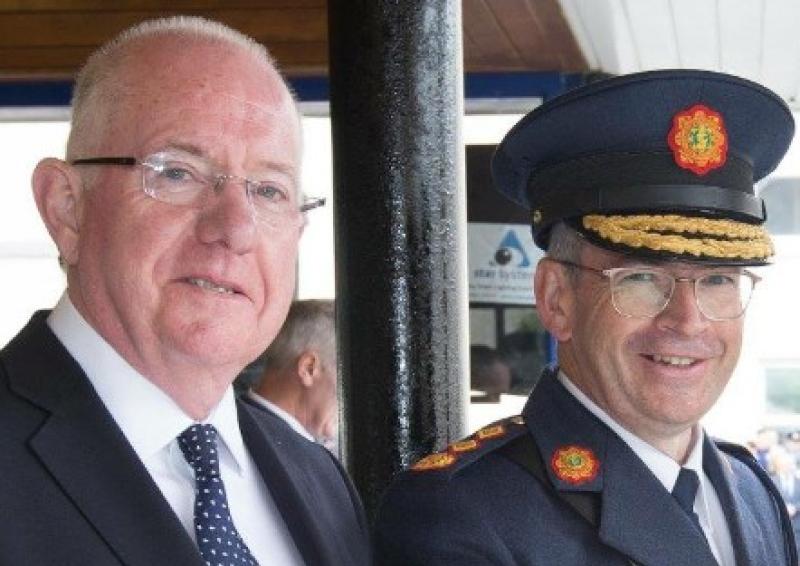 Nearly all the money for Garda overtime in 2018 in Laois Offaly and other divisions has already been spent according to figures revealed by Laois TD and Minister for Justice Charlie Flanagan.

Speaking in the Dáil the Fine Gael minister said €98.5 million was set aside for Garda overtime this year as part of a €1.6 billion policing budget for policing. On average €10.5 million was spent to cove extra salary costs in each month to September.

However, with just three months left 96% has been spent with just €3.5 million to cover extra pay costs in what can be some of the busiest policing months of the year.  In late 2017 a special task force was set up in Laois Offaly to tackle roaming gangs.

In a statment, Minister Flanagan said the Garda Commissioner is responsible for the allocation of the substantial budget that An Garda Síochána receives but he has discussed the issue with him.

"I do not politically interfere in policing matters nor direct the Commissioner where to deploy resources. The allocation of Garda resources are a matter for the Commissioner, in light of his identified operational demands and arrangements for Garda overtime is not a matter for which I, as Minister, have responsibility," he said.

Minister Flanagan said Government has made a firm commitment to supporting An Garda Síochána and ensuring that the organisation is appropriately resourced.

"The resources available to An Garda Síochána have reached unprecedented levels, with provision for 2018 of more than €1.6 billion, including an allocation of €98.5 million for overtime.  As I have said, the allocation of these resources is a matter for the Commissioner, in light of his identified operational demands.

"I am informed by the Garda authorities that expenditure on overtime to the end of September 2018 amounted to €95.1 million.  I am further informed that, in order to limit the projected overspend for 2018, the Commissioner has directed a number of measures to effectively manage Garda resources and limit the need for additional public funding.

"I am informed by the Garda authorities that these measures include cancellation of overtime for administrative purposes, to ensure that front line policing services have the required resources for the remainder of the year.  I understand that some other measures have also been put in place in relation to overtime – for example, Garda management has been directed to ensure that Garda duties such as attendance of Garda members at courts and in the management of prison escorts are undertaken on regular tours as opposed to on overtime.  A range of other measures to reduce expenditure across a number of other subheads, including for example Travel & Subsistence, were also introduced to limit the need for additional funding.

"Management of Garda resources by the Commissioner in this way does not equate to a ban on overtime. Indeed as I have said, I am informed that the cancellation of overtime for administrative purposes is precisely to ensure that front line policing services continue with sufficient resources. And I have been informed by the Garda authorities that all essential policing operations, such as Operation Thor, will continue as before." he said.

"e are making tangible progress on achieving the Government's vision of an overall Garda workforce of 21,000 personnel by 2021 comprising 15,000 Garda members, 2,000 Reserve members and 4,000 civilians. Since the reopening of the Garda College in September 2014, almost 2,200 recruits have attested as members of An Garda Síochána and have been assigned to mainstream duties nationwide.

"This and ongoing recruitment will clearly provide significant additional policing hours throughout the country, both in terms of the increase in new Gardaí and the redeployment of Gardaí to frontline policing duties due to civilianisation. This is expected, over a period of time, to alleviate pressure on the overtime budget," he said .

Minister Flanagan said the unprecedented investment in Garda ICT infrastructure - €342 million between 2016 and 2021 - will enable An Garda Síochána to deliver on reform, work more efficiently and deploy the latest technologies to police.

"I am satisfied that Garda management is acutely aware of the need to utilise the resources being made available to them in the most efficient and effective manner to ensure high visibility policing in our communities.  Under the governance and oversight arrangements in place between my Department and An Garda Síochána, the evolution of Garda expenditure is kept under review and there is regular structured engagement in relation to resources, including overtime, between An Garda Síochána and other relevant parties including my Department, the Department of Public Expenditure and Reform and the Policing Authority.

"I have already discussed the Garda financial position with Commissioner Harris. We are agreed that it is essential that value for money is achieved with the resources at his disposal. And he has my and the Government’s full support as he carries out his role," he said.