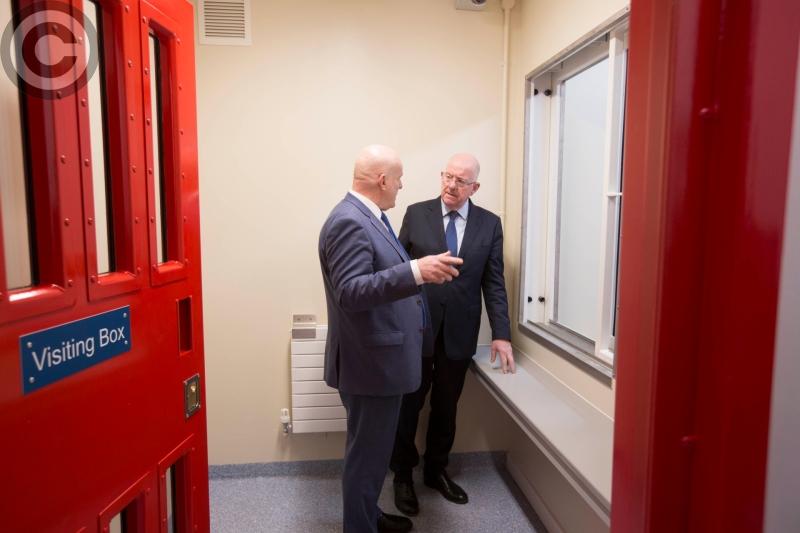 An urgent investigation has been ordered by Laois TD and Minister for Justice Charlie Flanagan into 'serious' allegations that the cars of prison officers were tracked and listening devices were used as part of a drugs crackdown in Irish jails.

Minister Flanagan issued the statement after a report in the Irish Examiner revealed details of an affidavit containing the allegations which were made on behalf of a prison officer by a solicitor.

In his statement, Minister Flanagan said the issues raised were serious. He says surveillance must be carried out within the law.

"I am aware of allegations made in today's Irish Examiner concerning surveillance in prisons. The details of the allegations have been made by way of an affidavit in court proceedings concerning a proposed temporary transfer of a prison officer by the Irish Prison Service.

"While I am constrained in what I can say about proceedings before the courts, and nothing I say should be taken as a comment on these particular proceedings, these allegations raise serious issues which need to be addressed. I have therefore asked the independent Inspector of Prisons, Patricia Gilheaney, to carry out an urgent preliminary investigation into the allegations to determine as far as possible the facts.  I have also requested a meeting today with the Acting Director of the Irish Prison Service, Don Culliton.

"This investigation will be a statutory investigation under section 31 of the Prisons Act 2007.  There is a statutory obligation on prison governors and all prison staff to cooperate with the Inspector, and there is also a provision in the section for the report to be laid before both Houses of the Oireachtas.

"Surveillance can be necessary to prevent the illegal trafficking of substances into prisons, but this must, of course, be carried out in accordance with the law. It must be stressed that these are allegations, and we must in the first instance determine if they are factual.  This preliminary investigation will put us in a better position to consider whether further steps need to be taken, such as a more formal inquiry, as has been called for," said Minister Flanagan.

The prison at the centre of the allegations is not named by the Irish Examiner.