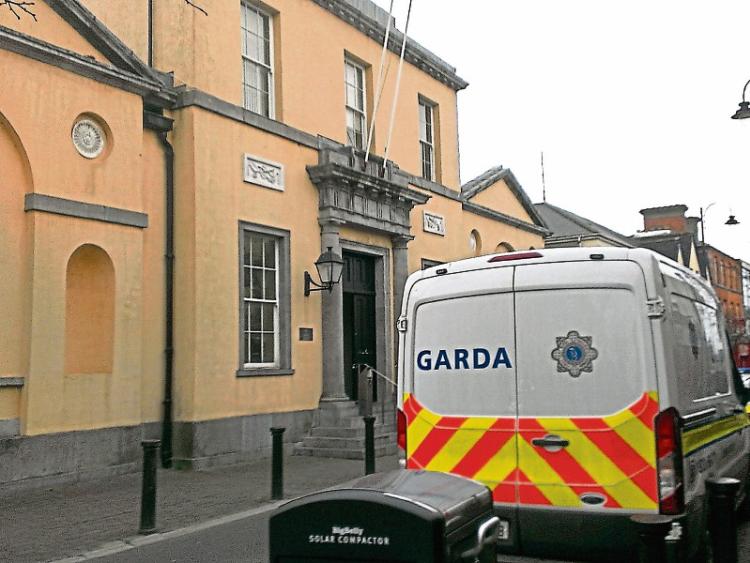 A Portlaoise man who allegedly pushed his way into two separate homes and stole money has been refused bail and remanded in custody.

He was further charged with drug possession, at his home address on December 13.

Garda Eoin Gardiner gave evidence that he arrested the accused at his home on December 13 and when charged, the accused replied: “I’m not guilty.”

Garda Gardiner said there were no DPP directions in the case yet and the State was objecting to bail.

The garda gave evidence that on November 6 last, it is alleged the accused knocked on the door of the injured party and pushed his way into the house. He had a bottle of aftershave with him which he allegedly forced the injured party to buy for €20.

After allegedly leaving the house, the injured party noticed that €9 was missing from his home.

On December 6 last, it is alleged that the accused pushed his way into the home of his neighbour in O’Moore Place. After he allegedly left, the injured party noticed that €28 had been taken.

Garda Gardiner further gave evidence that on December 13, a search of the accused’s home revealed drugs worth €40.

Garda Gardiner said the injured parties in the burglaries had made statements and the accused was well known to them.

Garda Gardiner said it was feared that the accused would interfere with witnesses if granted bail.

The garda said that when he was being arrested, the accused allegedly said, “You’re f**king dead when I get out,” as he was pointing at the the home of the injured party.

Garda Gardiner said he believed the accused would not obey the directions of the court.

She said that when he was being arrested he shouted out of frustration and the alleged injured party was not present at the time.

Garda Gardiner replied that there was no way of knowing whether the injured party had been in the house at the time.

Ms Fitzpatrick went on to say that if granted bail, the accused could reside with his sister in the Pike of Rushall, but Garda Gardiner said there was no way the accused would not be in and around Portlaoise.

“I believe he will be back in O’Moore Place,” said Garda Gardiner.

In ruling, Judge Catherine Staines refused bail and remanded the accused in custody to appear back before Portlaoise District Court on December 20.