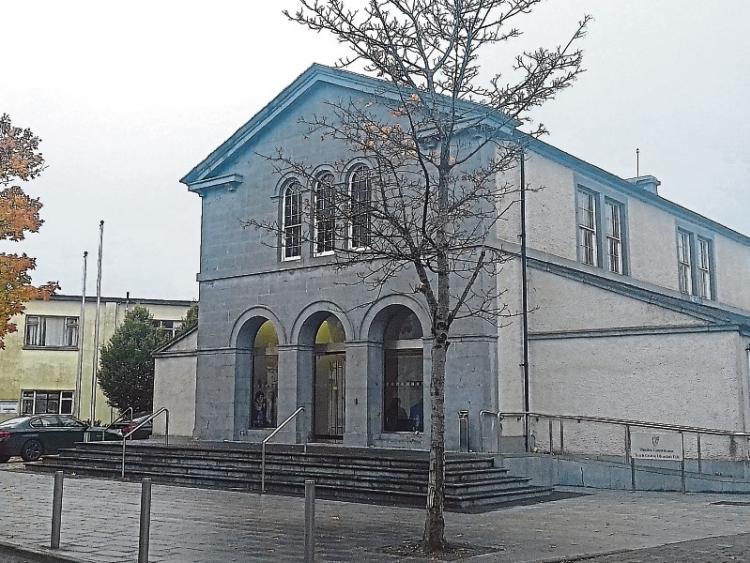 A woman who launched a six year protest against Galmoy national school claiming her son had been mistreated, was found guilty of two charges of harassment at Thurles District Court.

Eileen Phelan, of Rathpatrick, Crosspatrick, Kilkenny, was charged with two counts of harassment, and three charges under the public order act, for offences on dates unknown between February 2, 2017, and May 3, 2017, at Galmoy N.S. Kilkenny.

Inspector Padraig Powell said the harassment occurred over a protracted period, and was not confined to three months.

Deputy Principal Bernadette Bergin said Ms Phelan rang her in 2010 to clarify a letter regarding Ms Phelan’s son. The letter had to be kept by the Board of Management until Ms Phelan’s son reached age 18 for data protection reasons. “Eileen Phelan began phoning me,” said Ms Bergin. “I tried to reason with her. I initially sympathised with her.” Ms Phelan wanted to “go to the Bishop” to make a complaint about the Board of Management. Ms Bergin said she started receiving letters accusing her of not taking care of Ms Phelan’s son’s welfare.

Judge MacGrath heard that the school letter containing the allegations regarding Ms Phelan’s son - who was subsequently found to be innocent - was kept on file by the school following legal advice. The letter contained information which was ‘blacked out’. Ms Phelan made numerous representations to have the letter expunged, including to the school patron, the Bishop of Armagh, the Papal Nuncio, and the Department of Education. Ms Phelan’s son is now 20, but was aged 10 at the time.

Ms Phelan began a protest outside the school, with a placard in around 2012. “She started saying abusive things to the teachers,” said Ms Bergin. Ms Phelan would stand at the school gates “shouting at us.” She was “screaming and hysterical when I pulled up in the car,” said Ms Bergin.

Ms Phelan (55) would stand at the gate screaming “the truth, the truth”, and “face up to your responsibility,” and “shame on you.”

Ms Bergin said Ms Phelan created a “routine of fear”. She was so upset she could not sleep, and felt anxious in the mornings going into work. “She told me she was glad I could not sleep,” said Ms Bergin. In around April 3, 2017, Ms Phelan was observed “shaking her sign” and shaking the book The Boy in the Striped Pyjamas, and shouting “stop abusing” her son. “I was terrified coming into work,” added Ms Bergin. By the end of the three month period, “she was in my head constantly. I felt terrorised by this. She was so hysterically angry. She told the parents I was not fit to teach the children.”

Solicitor JJ Fitzgerald maintained that Ms Phelan felt a legitimate grievance that her concerns were not being heard, and that she had a constitutional right to protest.

Former Galmoy NS Principal Brian Boyle said he suffered the “same abuse” as Ms Bergin. The abuse escalated in 2017, with Ms Phelan saying he was a “disgrace” and a “stain on the school” and that he needed to “deal with the matter”. Her general tone was “unsettling,” and Phelan continued shouting at the staff from the public road, “until we were out of ear shot.”

Mr Bergin told Insp Powell he did not consider the protest to be of a peaceful nature. After years of this, Mr Bergin said he was “not able to take much more of it” and moved to another school. He was unable to sleep, and had health issues as a result.

On health and safety advice, the school built a private car park so teachers could enter the building away from the public road where Ms Phelan was protesting, said Mr Bergin. Three other witnesses gave evidence corroborating the prosecution’s version of events. Garda John Bolger said he arrested Ms Phelan on July 3, 2017, by appointment in Kilkenny Garda Station.

Ms Phelan told the court that she was “not hysterical.” “All I wanted was for the Board to deal with the issue in a genuine manner. I was not screaming. I told her to stop playing games with my son’s life.”

Mr Fitzgerald maintained that Phelan’s behaviour did not reach the threshold where it could be considered criminal behaviour, and that there was no evidence that there was a breach of the peace.

Ms Phelan, who has three children, lives “five minutes” away from the school. “Our son was innocent,” she said. “The letter from the board back to us was devastating.” The Board said the letter containing the allegations would be shredded when her son turned 18. Her son “was innocent, it did not make sense. Why did it have to wait until 2011?” asked Ms Phelan in court. The son was “left to sit on his own” and he subsequently left the school.

In 2015, Ms Phelan received news that the letter was to be retracted, and they were “over the moon.” However, Ms Phelan said they were devastated when the Board went “back on their word” and kept the letter. “The Board of Management refused to meet us. Where did this rule come from?”

Insp Powell put it to Ms Phelan that her behaviour constituted harassment, and that the Principal had to leave the school over her. “You were controlling their lives. She said she could not sleep and asked you to stop,” said Insp Powell. “You were going around undermining them.”

Ms Phelan said the distress “they caused themselves.”

“They did not want to talk to you based on legal advice,” added Insp Powell. “Why did you not seek a solicitor?”. Ms Phelan said she did not want to “go down the legal route” as it was so costly, and another case involving a school took “22 years” and ended up before the European courts. “We could not afford it.” Judge MacGrath said she was satisfied that Ms Phelan’s actions met the threshold of harrassment, but dismissed the public order charges as unsafe to convict.

Ms Phelan had engaged in “persistent pestering” on a regular basis, specifically shouting at the victims. “She was reckless in her actions. I do feel the ingredients have been established,” said the judge.

Ms Phelan has no previous convictions. Judge MacGrath adjourned the case to February 26 on the basis that Ms Phelan be assessed for her suitability to take part in a restorative justice project. “She may have got the wrong end of the stick. I don’t know,” said the judge, but a “mediation process” “might deal with underlying issues.”

Ms Phelan was ordered to continued complying with bail conditions already set for her, that she stay away from both victims and the school.