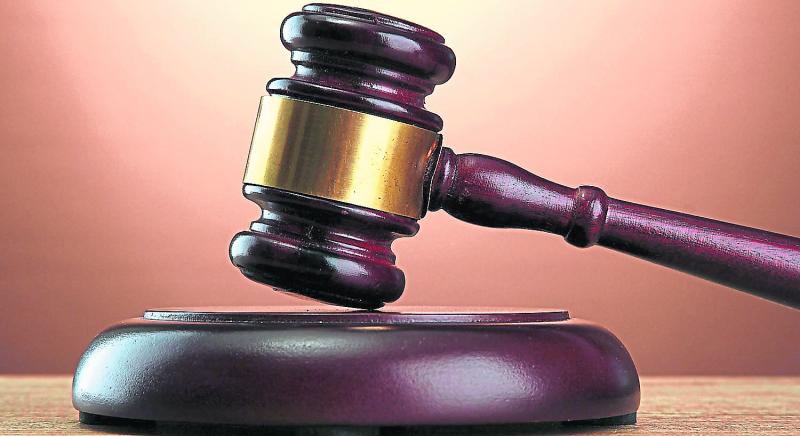 Lawyers for a driver guilty found guilty of manslaughter, after doctors agreed that he met the criteria to be found legally insane, have told the Court of Appeal that the jury verdict was “perverse.”

Polish national Dariusz Alchimionek, 44, with an address at Barrow Way, Spa Street, Portarlington had denied the manslaughter of John Gorman, 19, and assault causing harm to his brother, Adam, on December 29, 2015.

The brothers had been returning home from Tullamore when a vehicle driven by Alchimionek suddenly crossed the road into the path of their oncoming car at Ballycrystal, Geashill.

After two hours and 50 minutes of deliberations the jury returned majority guilty verdicts of 11-1 on both counts, which were met with applause in the courtroom.

Alchimionek was then sentenced nine years imprisonment with the final three suspended by Judge Keenan Johnson in October 2017.

Opening an appeal against conviction on Thursday, Alchimionek’s barrister, Kenneth Fogarty SC, submitted the sole ground that the jury’s verdict was “perverse” and against the evidence.

Mr Fogarty, who appeared with Niall Flynn BL, said the atmosphere in the Circuit Court was "highly charged". There was an "outpouring of emotion" that was "humanly understandable" but “not desirable in terms of how the law was to be applied”.

He said it was explained to Alchimionek that the foregone conclusion of a not guilty verdict by reason of insanity, was a referral to the Central Mental Hospital (CMH). He is currently in prison.

Counsel for the Director of Public Prosecutions, Michael Delaney SC, said it was a jury’s right to reject expert evidence, even if it was unchallenged, if they weren’t sufficiently convinced by it.

He said questions asked by the jury suggested they were somewhat skeptical of Alchimionek's medical history.

They asked whether there were any medical records relating to Alchimionek's time in Poland. There had been an attempted suicide when he was in his late 20s but that information had not been obtained for the trial and was not in evidence before the jury.

Mr Delaney said the jury had evidence that when Alchimionek first spoke about the incident, he said he was trying to kill himself. But when he was interviewed by gardaí he "gave this account that he was being followed by terrorists" who were trying to kill him.

Those "contradictory accounts" were "unfortunately" not explored by the experts, Mr Delaney said, which “might go some way to explain why the jury were not convinced”.

If Alchimionek’s conviction was set aside, Mr Delaney said juries would be bound by the precedent to "rubber stamp" verdicts in every trial where insanity is raised and unchallenged.

Mr Justice John Edwards commented that juries take an oath to give a true verdict in accordance with the evidence. There was no evidence, other than the unanimous expert opinion, on Alchimionek’s state of mind at the time.

Mr Delaney said the jury had asked pertinent questions about Alchimionek’s previous medical history. None of that indicated the jury was ignoring it's oath.

President of the Court of Appeal Mr Justice George Birmingham, who sat with Mr Justice John Edwards and Mr Justice Brian McGovern, said the court would reserve its judgment.