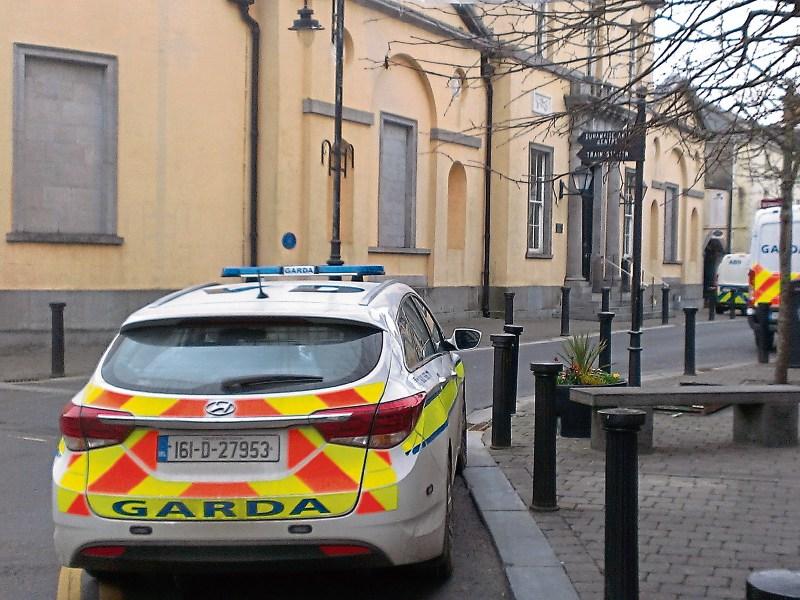 A 29-year-old Romanian national believed to part of an organised criminal gang committing burglaries across Laois has been given an eight-month prison sentence for breaking into Rathdowney Golf Club.

Sgt JJ Kirby gave evidence that on November 1, 2017, at 1.30am, the window of Rathdowney Golf Club was broken in a forcible entry and three men entered wearing gloves with their faces covered.

Sgt Kirby told the court that the men used torches to look into the premises and a small torch was recovered at the scene, as was DNA evidence identifying the accused. €350 damage was caused during the break in.

Sgt Kirby said that the gardaí were of the belief that the accused was part of an organised gang who were targeting the Laois area.

Sgt Kirby said that houses had been targeted and the gardaí were of the firm belief the accused was involved.

The accused had two previous convictions for theft in Germany. He was also due before a court in Donegal the day after his appearance in the Portlaoise court, charged with an offence under section 15 of the theft act, possession of certain articles.

Defence, Mr Barry Fitzgerald said the accused, a Romanian national, was not working and he committed the burglary in an impoverished state.

Mr Fitzgerald said the accused wished to apologise to the golf club, although he was not able to make good on compensation.

Judge Catherine Staines said the burglary had been well organised and planned, with torches, gloves and masks all used. She said the integrity of the premises had been violated, which makes people very nervous and anxious.

Describing it as “a professional burglary”, Judge Staines imposed an eight-month sentence, with recognisance fixed for an appeal.