Department of Justice confirms report into allegations is complete 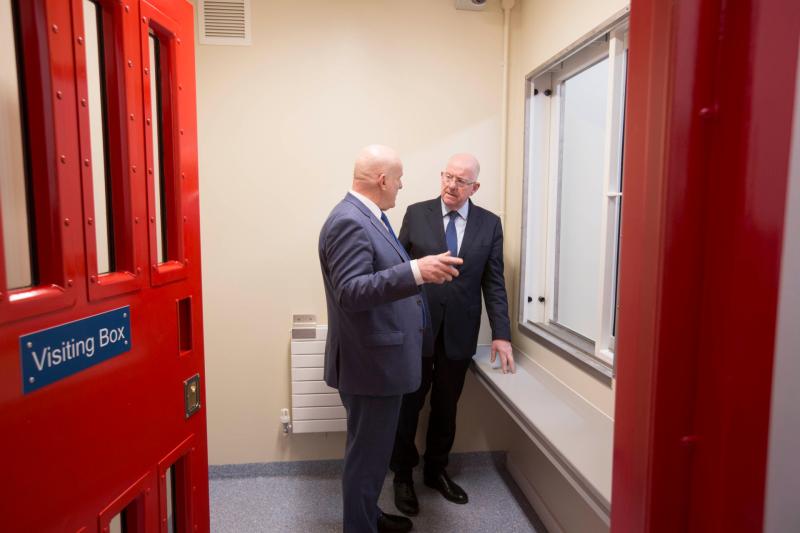 The report of an inquiry into allegations that tracking devices were used on prison officers' private cars and conversations between solicitors and prisoners were monitored as part of a surveillance operation to crack down on drug smuggling into jail is complete.

The Department of Justice and Equaltiy confirmed that Laois TD and Minister Charlie Flanagan has received the report of the Inspector of Prisons, under section 31 of the Prisons Act 2007, into allegations of surveillance and other wrongdoing in the Irish Prison Service.

"The Minister will now consider the report in accordance with the legal provisions and consult with the Attorney General in line with standard practice," said the statement.

The Minister appointed the Inspector of Prisons, Patricia Gilheaney, to carry out a preliminary investigation into the allegations to determine as far as possible the facts in November 2018.

While the location of the operation is not identified, the Irish Examiner reports that officers were unaware that their private cars were being tracked or that the prison vehicles they were driving were being monitored using such devices.

It was claimed that some of the devices were in place over an extended period with information reportedly passed to the Gardaí.

It was also claimed that devices were placed in the visiting area of a prison and were active when prisoners met solicitors.

A private company was reported as having installed the devices. It was claimed that security personnel were given false identifications when entering prison.

The allegations were through a solicitor and not via the whistleblowers Protected Disclosures Act.