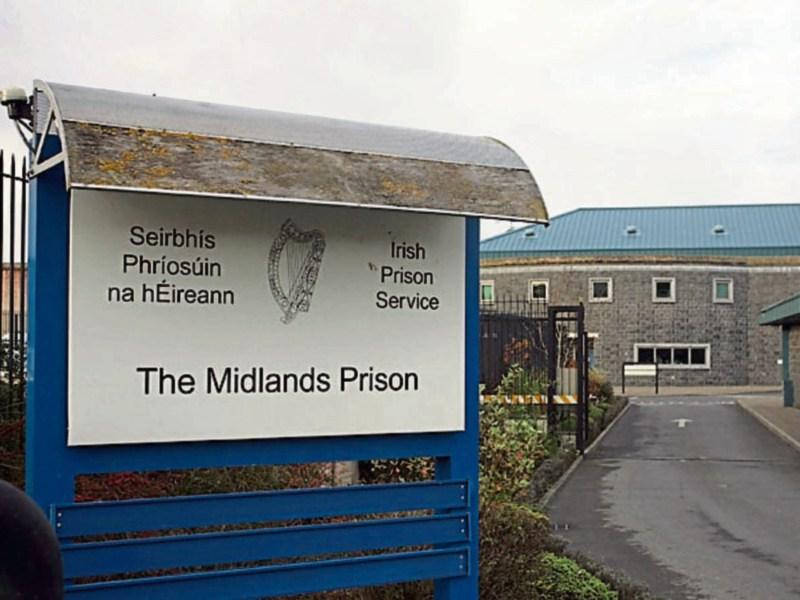 Three cousins who committed an assault against a fellow prisoner of the Midlands Prison have been given until the end of the current sitting of Portlaoise Circuit Court to pay compensation in order to avoid a prison sentence.

When the case first came before the court last December,

Detective Garda Barry McPaul gave evidence that on that date, an inmate, Christopher O’Brien had just been transferred onto the prison landing when he was approached by the three accused.

He was punched and knocked to the ground, where he was kicked and knocked unconscious. Prison officers intervened and one of the accused, Michael Lynch, had to be pulled away while the other two walked away.

State barrister, Mr Will Fennelly told the court that there was a family feud in the background of this offence.

Det McPaul confirmed that there was a feud in the Kildare-Offaly area between the Lynch and O’Brien families and he believed the assault was caused by the injured party’s family name.

In interview, Michael Lynch said he became involved in the assault after joining the other two men.

The court heard that the injured party did not hit anyone.

The injured party sustaining injuries including swelling to the head, a stitch to the eye and concussion. There was also a suggestion that there had been swelling to his brain.

He was spitting up blood and suffered with memory impairment.

He remained in the emergency department overnight and had to be brought back later as he was confused and unsteady.

The injured party was transferred to Portlaoise Prison for his own protection, where he served out the rest of his sentence.

The court heard that the injured party failed to meet with the gardaí and failed to cooperate with the investigation.

All three accused lost their privileges in prison after the incident.

Adjourning the case last December, Judge Keenan Johnson bound the accused to the peace, directed them to engage with the probation services, and told them to pay €1,000 compensation each.

Judge Johnson said he would then ask probation to address their suitability for community service, recommending 240 hours in lieu of two years in prison.

When the case returned to the circuit court last week, defence for Charlie Lynch said he had €350 in court, while Christy Lynch had €800.

Defence said that if given time the accused would have more. “They are not people of much means,” said defence, adding they would hopefully have as much as possible on the next date. Defence for Michael Lynch, Ms Louise Troy said that her client had €850.

Judge Keenan Johnson adjourned the matter to April 9, saying he expected the balance to be paid then.