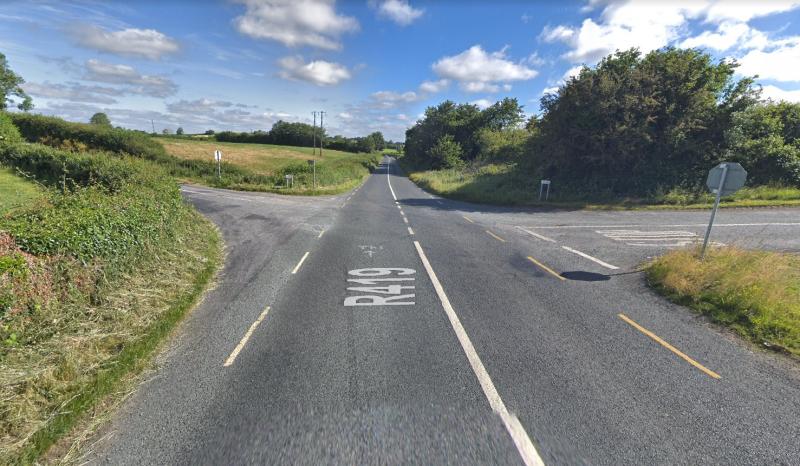 Turn off on left to the victim's house in Shaen from the Portlaoise Portarlington R419 road.

Laois Gardaí have renewed their appeal for the public's help in tracking down those responsible for a vicious attack on a man near Portlaoise who is set to remain hospitalised for a number of days.

Gardaí hope anyone with information, no matter how insignificant they think it may be, to contact them in relation to a burglary in which four masked men set upon a man with a sledgehammer in his home at about 10 pm on Tuesday night, March 26.

The victim was attacked in his home in front of his wife and family by the raiders during a burglary on the house located just off the busy Portlaoise to Portarlington Road in the Shaen area.

The victim, who is originally from Pakistan, suffered extensive injuries that are understood to have included fractures to his ribs. He also suffered lung injuries.

Gardaí in Portlaoise have continued to investigate the incident but have so far not been able to establish a definite line of inquiry into who might have been responsible.

The raiders, who are understood to be Irish, made their escape after being disturbed by visitors to the home during the incident. It is believed that they made their escape through fields. It is not clear if they used a car to get to the scene.

Gardaí confirmed on Wednesday that that four masked men armed with 'sledgehammers and screwdrivers' assaulting the occupants, three women and two men during an aggravated burglary. Gardaí said the one man had been subject to a 'vicious' attack.

The injured man was taken to Portlaoise hospital for treatment.

Gardaí are appealing for anyone with information to contact them at Portlaoise Garda Station (057) 867 4100, the Garda Confidential Telephone Line 1800 666 111 or any Garda Station.