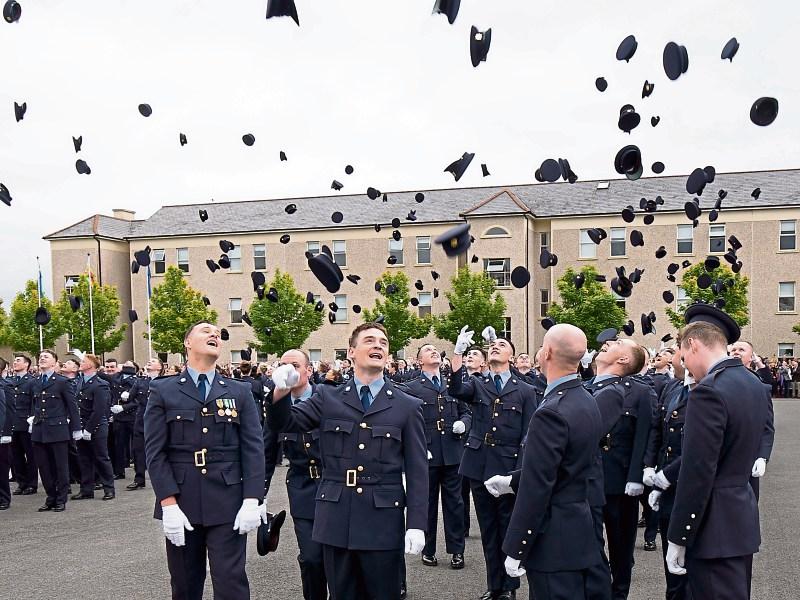 Gardaí at a Passing Out Ceremony in Templemore Picture: Press 22

Phase one is made up of a 34-week block of tuition at the Garda College in Templemore after which they attest as members of An Garda Síochána.

The second phase is a 34-week block of on-the-job experiential learning. The third phase consists of autonomous training.

Trainees receive an allowance of €184 per week during the first part training with accommodation and food provided by the Garda College.

Following attestation as a full member of An Garda Síochána, a recruit moves onto the first point of the Garda incremental pay scale of €30,296. The incremental scale rises to €48,754 per annum after 8 years with two further increments after 13 and 19 years' service when a member reaches the maximum point of the pay scale which is currently €52,482.

Other allowances may also be payable including for unsocial hours and overtime.

“The mission of An Garda Síochána is to protect and serve, and I encourage all those interested in supporting that mission, to consider applying.  A career as a Garda is hugely rewarding. It’s one of public service where, every day, members make a vital contribution to the safety and well-being of their communities all across the country.

"An Garda Síochána is an integral part of those communities, where they forge connections which have helped maintain public respect for our policing service.”

Minister Flanagan encouraged members of new and minority communities to consider a career in the force.

“I very much welcome the Commissioner’s decision to facilitate alterations to the Garda uniform on request to accommodate religious and ethnic diversity.  An Garda Síochána is there to serve all members of our society so it is important for it to reflect the welcome and increasing diversity of Irish life.

"I would urge members of our minority and new communities to consider applying  as Ireland needs increased workforce diversity in all our public services.  Being a Garda is a coveted job among young able ambitious people.  It traditionally attracts large numbers of applicants and every successful candidate will get a warm welcome and a chance to use and develop all their skills,” he said.

The Laois TD said the Government fully supports this transformation as evidenced by its continuing support for accelerated recruitment which has resulted in 2,600 new recruits attesting as Gardaí since September 2014. Through continuing recruitment, Garda numbers will reach 15,000 in 2021. This ambitious target can only be achieved with a continuous pipeline of suitable candidates.

“This is a very exciting time for policing in Ireland.  We have started to implement the Commission on the Future of Policing in Ireland recommendations which will transform and modernise how policing is delivered over the coming years. There is a huge opportunity for people who are interested in joining An Garda Síochána to use their many talents to shape this transformation, to contribute to building a modern police service, and to ensure that An Garda Síochána continues to be held in the high esteem that its proud tradition deserves,” he said.

The Minister said there are a variety of roles available.

Applications must be made through www.publicjobs.ie  The closing date for applications is Wednesday 24 April 2019.