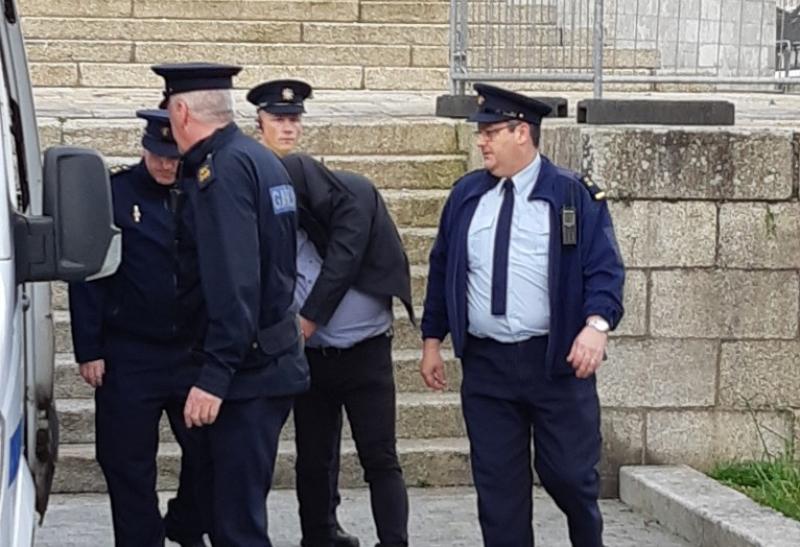 A Carlow man whose farm was “strewn with skeletal remains” has lost an appeal against the severity of his three-year prison sentence for “shocking” levels of animal cruelty.

James Kavanagh (48) pleaded guilty to 30 counts of causing or allowing animal cruelty at his property at Raheenleigh, Myshall, Co Carlow in April 2015.

Kavanagh was sentenced to three years imprisonment and ordered to pay €35,000 towards the ISPCA’s costs, which totalled €59,149, by Judge James McCourt on February 22 last. Judge McCourt also disqualified Kavanagh from having any involvement with dogs or horses for life. The maximum penalty is five years and a fine of up to €250,000.

Upholding the sentence today, President of the Court of Appeal Mr Justice George Birmingham said 340 dogs and 11 horses had to be removed from Kavanagh’s premises over 11 days. In addition, 20 dogs and four horses had to be euthanised for humane reasons.

The Circuit Court heard from Garda Catríona Denneny and Conor Dowling of the ISPCA. Mr Justice Birmingham said the scene they encountered was “truly shocking” and involved “atrocious levels of animal neglect and cruelty”.

“A number of dead dogs were discovered, some of which had apparently been killed and eaten by other dogs. The premises were strewn with skeletal remains, dead sheep, and rotting horse carcasses. Gardaí witnessed dogs eating dog and horse carcasses as it appeared this was their only source of food.”

A total of four horse carcasses were found in separate dog enclosures. “According to the book of evidence, the horses did not show any signs of being shot or given lethal injections (as this would have poisoned the dogs).”

Mr Justice Patrick McCarthy commented during the hearing that “de facto” the horses “were being fed to dogs. He (Kavanagh) was allowing them to be fed to dogs.”

Mr Justice Birmingham said “all of the animals had health problems. Almost all of the animals were distressed, in pain and discomfort, and suffered from multiple afflictions and diseases,” including parasitic infections.

“Many of the animals were also severely emaciated, starving, dehydrated, soaked in urine, and caked in excrement.”

“Burnt out fires were discovered on the premises revealing the remains of dogs, horses and sheep.”

“Some small breed dogs were discovered crowded together in inadequately sized cages with no freedom to move, no access to food or water and no shade from the sun.”

Mr Considine also raised concern about the immediate serious risk to public health due to the feeding of carcasses and the accumulation of waste close to a water treatment plant and the River Burren.

Kavanagh claimed his premises had become a “dumping ground” for dogs after the introduction of Pet Passports in December 2014 which required all dogs and cats to be microchipped.

“It appears, though, that Kavanagh actively sought out dog breeders and others and offered to take dogs with a view to having them rehomed,” Mr Justice Birmingham said.

However, Kavanagh discovered it was financially more rewarding to take in dogs and transport dogs, mostly to rescue centres in England. These centres paid between €40 to €50 per dog and also covered the travel expenses.

Kavanagh’s barrister, Colman Cody SC, acknowledged that what occurred was neglect, “perhaps neglect on a grand scale”, but was distinct from cruel and intentional infliction of suffering.

Mr Cody said that the premises had been inspected by Carlow County Council in October 2014 and that, therefore, the shocking state of affairs in April 2015 “must be seen as having been time-limited”.

Mr Justice Birmingham said it was a case of “commercial activity on a very large scale and it is an inescapable conclusion that failing to care for animals formed part of the business model”.

He said it was a case of exceptional seriousness, measured by the evidence of Conor Dowling, Chief Inspector with the ISPCA, who commented that he had never come across anything like it.

Dealing with the situation of one of the horses that had to be euthanised, Mr Dowling said the animal suffered unnecessarily from severe malnutrition and poor husbandry in one of the worst cases of cruelty he had the displeasure of attending over the last 10 years.

In terms of dog welfare, Mr Dowling said the scale and severity of what he witnessed was way above anything else he had dealt with.

Mr Justice Birmingham, who sat with Mr Justice John Edwards and Mr Justice Patrick McCarthy, said the sentence “fell well within the range of appropriate sentences for offending of such seriousness” and the court accordingly dismissed the appeal.

He said the sentencing judge’s task was not an easy one because “thankfully, there have been few, if any, comparable cases”.

Welcoming the judgment, Mr Dowling, of the ISPCA, said he hoped Kavanagh’s sentence sent the message out that such levels of animal cruelty will not be tolerated.

“This is a precedent now. This is going to make people realise that if you abuse animals, Ireland is not going to tolerate that anymore, and I think that is very, very important.”

She said Ireland was known as the “Puppy Farming Capital of Europe”, which was “a terrible moniker to have”.

“There are at least 1,000 premises out there like this (Kavanagh’s). Trust me, north, south, east and west, all operating with appalling cruelty, for the owners to make vast amounts of money”.

“I’m not saying don’t breed dogs, because there are very decent breeders out there, and those dogs are very well cared for. I’m talking about the people who have hundreds of breeding bitches in the most appalling conditions. And the message has to go to them, we’re not going to tolerate it any longer.”

In his judgment, Mr Justice Birmingham said there was one further matter the court wished to comment upon.

He said the court had been asked to deal with Kavanagh’s case within weeks of the Circuit Court hearing due to the tragic loss of his teenage son in a road traffic accident.

The pressure to cope that had been placed on Kavanagh was “compounded by the shocking, indeed one can say, disgusting, response there has been on social media to the tragedy that has befallen the Kavanagh family”.

He said the court did not wish to appear “hard-hearted or indifferent” but the court’s role was confined to reviewing the correctness, or otherwise, of sentences imposed at first instance.

“The developments post-sentence in this case are very unusual, perhaps even to the point of being unique, and they are of course matters which the Executive is perfectly free to consider.”