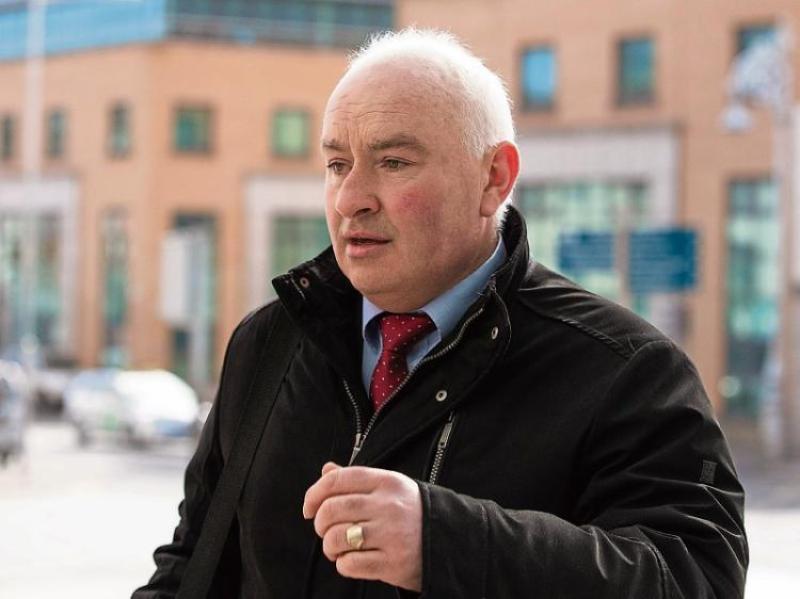 Tipperary farmer Patrick Quirke found guilty of murdering part-time DJ Bobby Ryan travelled to a Portlaoise on the same day of the murder.

The timeline of events in the trial outlines that Patrick Quirke travelled to Portlaoise and stayed at the Heritage Hotel, now the Midlands Park Hotel, just hours after killing Bobby Ryan on June 3, 2011.

It has been reported that it was his wife Imelda’s birthday that weekend and he had organised a trip to the Laois hotel.

6am/6.20am Mary Lowry says Bobby Ryan wakes up in her house at Fawnagowan. They make love before he dresses to go home and then work.

6.15am Pat Quirke says he wakes to milk his cows at his own farm in Breanshamore.

8.10am Michelle Lovelock sees a silver van in Kilshane woods as she sets off to walk her dogs. She returns from her walk at 8.50am and the van is gone.

8.30am Mary Lowry says she sees Pat Quirke in her driveway looking "hot and bothered".

9.30am Breda O’Dwyer says she meets Pat in the milking parlour of his own farm. This is "not normal" she says, milking would normally be finished at this time.

9.30am Pat Quirke says he goes for breakfast in his house with Sean Dillon

10.19am Bobby Ryan's phone last pings off a mast at Crogue Motors on the Cashel Road, a few fields from Fawnagowan.

2007 Martin Lowry dies leaving Mary Lowry widowed with three young boys. Pat Quirke begins helping Mary Lowry with finances and running the farm. He takes over Martin's herd, sells what stock he can and starts using the farm for his own cattle.

Jan 2008 Quirke and Mary Lowry become physically intimate for the first time. Quirke takes up a seven-year lease on Lowry's 50+ acres at Fawnagowan.

August 2010 Lowry meets Bobby Ryan at a dance and they keep in touch. He helps her get tickets to the All-Ireland hurling final and they start seeing one another more regularly. Quirke finds out about Lowry's new relationship in late 2010 and they have a heated argument. He takes her phone and tells Bobby Ryan: "I'm the man."

Late 2010 Quirke meets Bobby Ryan at Hayes's Hotel to talk about the break-up of the relationship.

Feb 2011 Quirke sends a 'Dear Patricia' letter to the agony aunt in the Sunday Independent detailing the break-up of the affair with Lowry and how it has left him angry and broken-hearted.

Feb 4, 2011 Quirke reports Mary Lowry to Tusla alleging that she is neglecting her children due to her new relationship with Bobby Ryan.

June 2 Some time after 9pm Bobby Ryan calls to Mary Lowry's home. The last outgoing call from his phone is at 9pm to his son Robert.

August 2011 Quirke says the affair with Mary Lowry starts up again. She denies this.

September 6, 2011 Quirke claims he spends the night with Mary Lowry at the Cliff House Hotel in Ardmore, Co Waterford. She denied spending the night there.

January 2012 Mary Lowry and Patrick Quirke spend a night at Fitzpatrick's Hotel in Killiney, south Dublin. She told the trial she didn't want to be there, got drunk and left the following morning. "We did not rekindle our affair," she said.

December 3, 2012  CCTV at Mary Lowry's home shows Quirke peeking in her windows, taking underwear from her line, and looking through her post box.

On the same day at about 3.30pm a computer in Quirke's home is used to search for "human body decomposition timeline" and "rate of human decomposition". Various websites relating to decomposition are visited.

December 12, 2012 Mary Lowry's solicitor sends a letter to Patrick Quirke asking to terminate his lease at Fawnagowan. He agrees to leave in June.

April 30, 2013 Patrick Quirke calls his wife Imelda to say he has found a body in a disused waste tank at Fawnagowan. Imelda arrives shortly afterwards and calls Garda Tom Neville. Quirke gives a voluntary cautioned statement to gardai and denies any knowledge of how Ryan's body ended up in the tank.

January 20, 2014 Patrick Quirke is arrested on suspicion of harassment of Mary Lowry. He is questioned over financial dealings with Lowry, alleged passport theft, entering her home without permission among other things. Charges against him are subsequently dropped.

June 19, 2014 Quirke is arrested on suspicion of the murder of Bobby Ryan. When questioned about his internet searches for body decomposition he says: "My son had recently died. That's all I'm saying."

January 14 2019 Quirke is arraigned at the Central Criminal Court and pleads not guilty to murder. His trial begins.

May 1, 2019 Quirke is found guilty of murdering Bobby Ryan by a ten to two majority verdict.