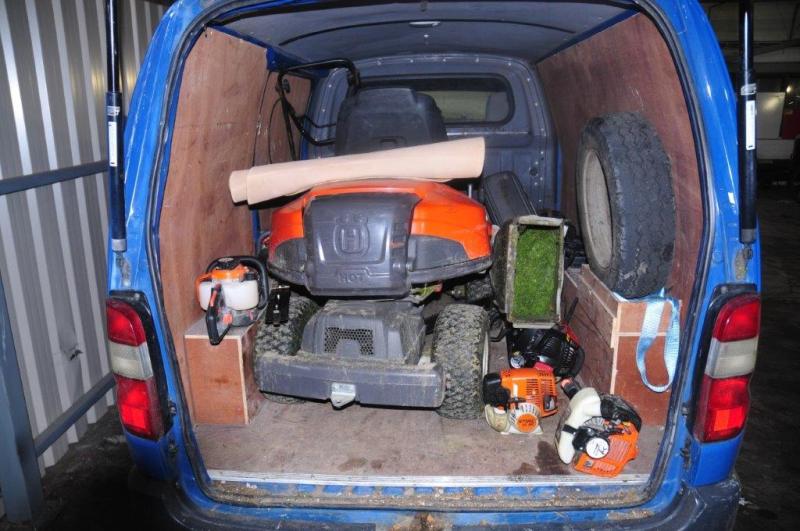 Van with garden and building equipment

Gardaí say a man has appeared in court in Limerick on charges relating to the recovery of property in Athy which was taken in Laois, Offaly or Kildare.

A public appeal was issued after the garden equipment and building tools were discovered in a Toyota Hiace van by gardaí in Athy on April 29 after an operation involving Portarlington and Athy Gardaí.

After a response to the appeal, gardaí confirmed that a man, aged 26, appeared before Limerick District Court last week.

Gardaí thanked the public for the 'excellent assistance' provided. Most of the property has been identified and owners informed.

Gardaí advised the public to remember the property marking and pay attention to crime prevention advice about securing such property.