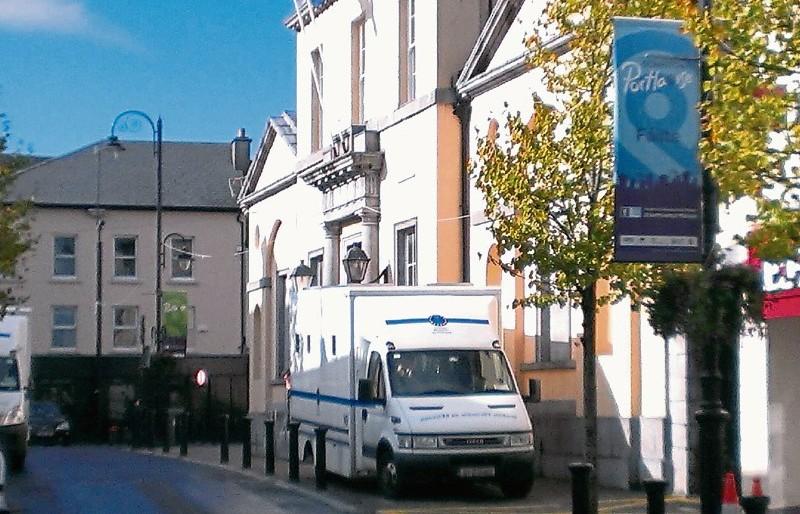 Plans for a new Laois county courthouse away from Portlaoise Main Street are moving forward.

Laois County Council has confirmed that contracts have now been exchanged between the Court Service and a landowner in Portlaoise, to buy a site for a new modern courthouse.

It will be built on a greenfield site behind county hall, near Aldi. It will be 5,000 sq metres in size, with four courtrooms.

“It is understood that contract documents relating to the sale/ purchase of a site adjacent to the new Southern Circular Road have been exchanged and that progress on the completion of conveyancing will continue to be managed by the Court Service/OPW,” the council stated.

The existing Portlaoise courthouse causes problems on the Main Street, including street fights, intimidation of shoppers and traffic jams with prison and Garda vehicles forced to park on the street

Portlaoise Courthouse is the fourth busiest District Court in Ireland according to the Court Service, who agreed in 2016 that a new building was needed.

The council chief John Mulholland has in the past said the new courthouse is “absolutely necessary for the proper functioning of Main Street”.

Minister for Justice Charlie Flanagan's department is paying for it. The Laois Minister said in 2018 that the “crucial piece of infrastructure will be progressed as a matter of priority.”