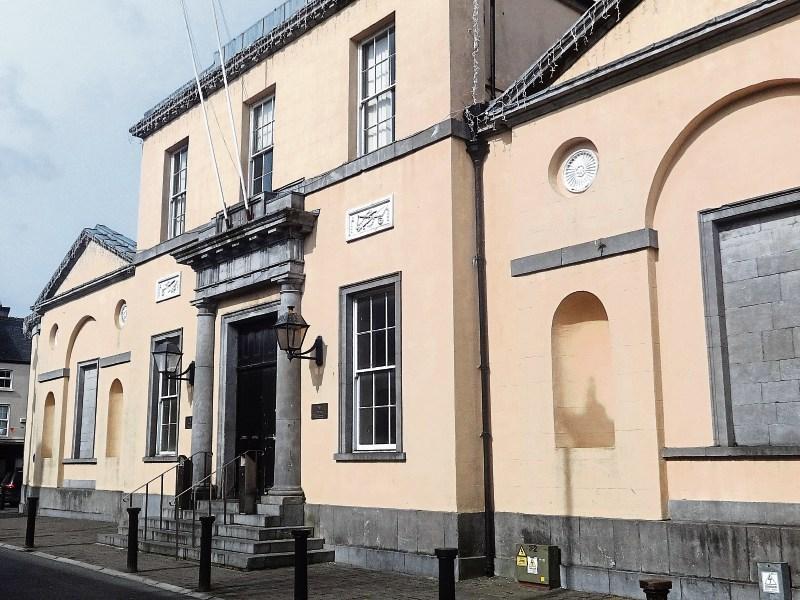 A Laois man who threatened to break his ex-partner’s jaw in Portlaoise court has been given an eight-month prison sentence.

The man, who cannot be named, was last week charged with breaching a barring order, on May 7 last.

Garda Annie Hunt gave evidence that when she charged the accused, he replied: “You’re a tramp.”

The accused spoke up to deny this, saying: “There was no reply to that at all.”

Garda Hunt said there was a State objection to bail.

She said the accused had breached a barring order at Portlaoise District Court on May 7 last, by verbally threatening and abusing the injured party during the hearing of a case involving another breach of the order.

The accused became agitated and irate and threatened the woman, saying he would break her jaw and making threats including: “I’ll finish you when I get out” and “I won’t be in prison forever”.

Garda Hunt said the woman told gardaí she was in fear of the accused.

Defence for the accused, solicitor Mr Barry Fitzgerald said there was no witness in court in relation to this.

However, Judge Catherine Staines said: “I was in court and heard it all myself. I heard him threatening her. He got a prison sentence because he threatened her and there was a full hearing, and after the hearing he threatened her.”

Judge Staines said she had been considering a suspended sentence on that day, but the accused insisted she lock him up.

Mr Fitzgerald said there was phone evidence indicating the woman was not in fear. He said the woman has initiated communication with the accused.

However, Mr Fitzgerald said the accused wished to plead guilty to the offence.

The accused had 60 previous convictions.

Mr Fitzgerald told the court that the accused’s child was making his Holy Communion on Saturday and the accused needed to be there.

Judge Staines imposed an eight-month sentence, with recognisance fixed in the event of an appeal. She warned the accused that if he appealed the sentence and attended his son’s communion, the boy was only a little child and the accused should not drink on the day.