Minister Flanagan 'very concerned' at the mental health of prisoners 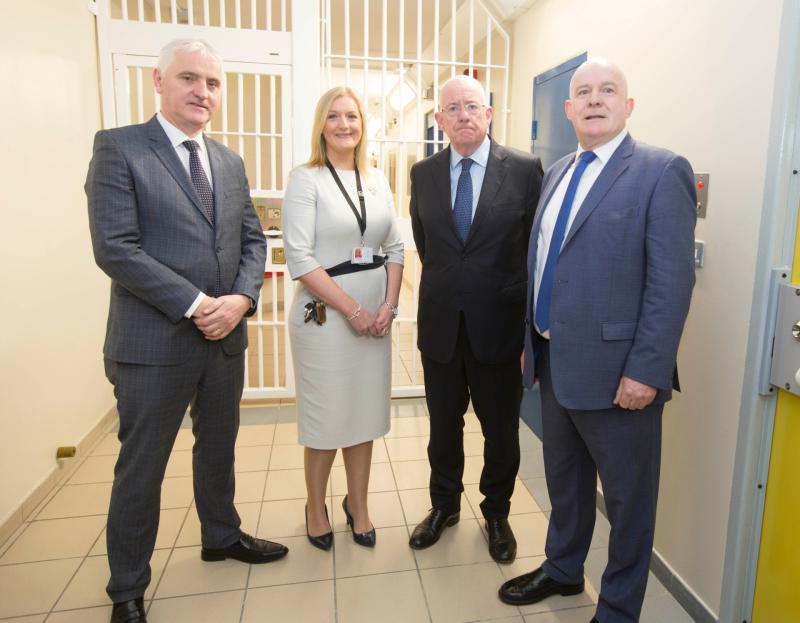 Laois TD and Minister for Justice Charlie Flanagan is “very concerned at mental health issues”  at prisons in Portlaoise and other parts of Ireland.

The Minister, who is based in Portlaoise, voiced concerns about the country’s 12 prisons at a meeting of EU justice ministers in Finland is also reported to have said that the Department of Justice, Department of Health and Health Service Executive need to do more to help inmates with serious mental illness.

The Irish Times reported on Saturday his comments in Helsinki.

Mr Flanagan said more psychiatrists and psychologists are needed on prison staff. He also said judges need more options when it comes to sentencing those with mental health issues, including the option to send them for a “mental health referral” as an alternative to prison.

It was also reported that Minister Flanagan pointed to improvements including the opening of a violent offender unit in the Midlands Prison to provide intensive treatment to dangerous inmates in a secure setting. He also referred to the opening of a new facility in north Dublin next year to replace the Central Mental Hospital.