Banned Portlaoise Olympic boxer is jailed for driving without insurance

Caught on CCTV at motorway services 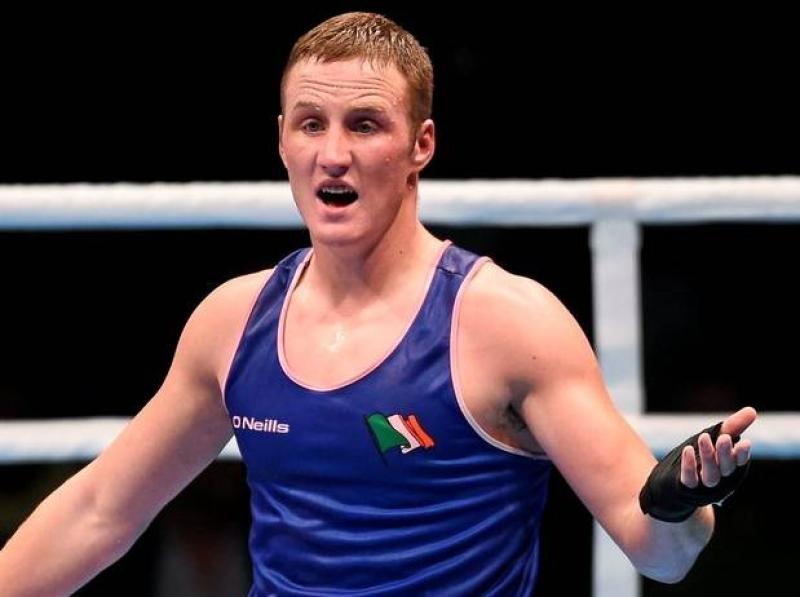 Irish Olympic boxer Michael O’Reilly has been jailed for three months by Nenagh Court for driving without insurance.

He pleaded not guilty to the offence at Applegreen service station, Birdhill, on February 4, 2019.

Garda John Collins said that he was looking at CCTV footage regarding a separate incident when he observed Mr O’Reilly driving. He knew the defendant was disqualified at the time and could not have been insured.

The court heard Mr O’Reilly of Main Road, Clonkeen, Portlaoise, had 10 previous convictions for no insurance.

Mr O’Reilly’s barrister, Nicholas Revilles, submitted that the plaza at the service station was not a public place and no offence had been committed.

However, Judge Elizabeth MacGrath ruled against the submission.

Mr Revilles told the court that Mr O’Reilly was three weeks away from getting out of prison following a three-month sentence handed down in Portlaoise for assault.

Mr O'Reilly had become a father to a baby girl "within the past 48 hours," he said.

He said that the defendant was a top class athlete who hoped to take up where he left off when he was out of jail and regain his place with Sport Ireland.

There are qualifiers coming up for the Tokyo Olympics and Mr O’Reilly hoped to take part in them, he said.

Mr O'Reilly was banned for four years by Sport Ireland and the Irish Athletics Boxing Association in 2018 after he was sent home from the Rio Olympics in 2016 on doping charges.