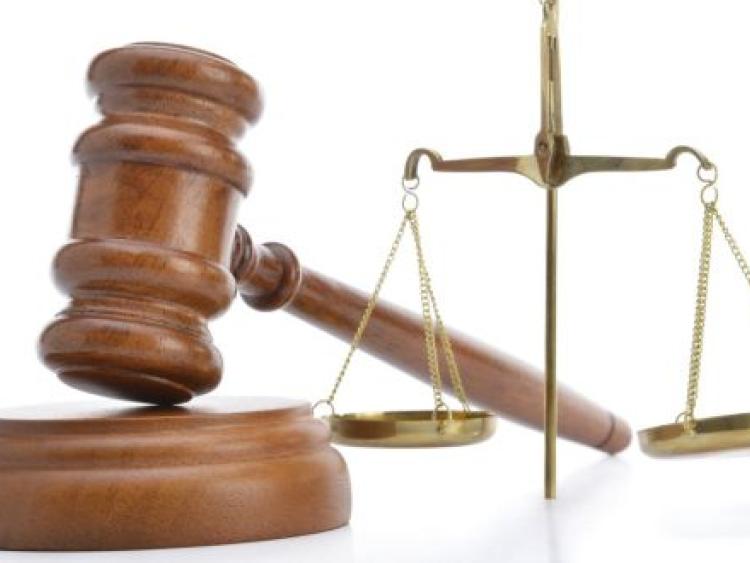 The lawyer for a woman, who killed her boyfriend, has said her client was possibly under deadly attack from the deceased at the time, and asked her sentencing judge to place the manslaughter within the lower culpability range.

The barrister said that the mother of two had killed him in self defence, where there was a history of domestic violence, and that there was ‘very strong supportive evidence that this event started with his attacking her.

“She had used her hands and fists and it didn’t stop, so what was there for her?” asked Caroline Biggs SC.

However, her victim’s sister described him as someone who liked to help others and said that she missed him so much that she now cried all the time.

The submissions and evidence were given to the Central Criminal Court yesterday (Monday) during the 48-year-old’s manslaughter sentence hearing.

A jury had cleared her of murdering her boyfriend following a trial in May, but found her guilty of the 40-year-old’s manslaughter by stabbing him in their Tipperary home.

Inga Ozolina, originally from Latvia, but with an address at Old Court Church, Mountrath, Co Laois, had pleaded not (NOT) guilty to murdering Lithuanian native Audrius Pukas at The Malthouse, Roscrea on November 20, 2016.

The father of two died at the scene from a stab wound to his chest. He had also sustained two other knife wounds in the incident.

The jury saw photographs of the injuries he had caused his girlfriend in the fatal fight, including two bite marks to her arm. She had asked for an acquittal on a number of grounds, including the possibility that he had ‘come towards the knife’ she was holding while they fought.

The State had asked for a verdict of guilty of murder. However, the jury found her guilty of his manslaughter, after being told it could do so if satisfied that she had acted in excessive self defence, or didn’t have the necessary intent for murder.

She said that her brother’s entire life went through her mind on the evening that a police officer knocked on her door to tell her the news of his death.

“I remember he was a very hard worker… He liked to help others. He would help around our home, doing odd jobs,” she recalled.

“Now, I feel alone here,” she said, explaining that she had no other family in Ireland.

“I have pain in my heart,” she added.

She said that her brother used to remind her of their father, who she described as an amazing man.

“I can’t feel peace and calmness in my life,” she continued. “This is a huge loss. I’m still in pain. There’s something missing all the time and I cry, cry and cry all the time.”

Mr Murray said that the DPP saw the case within the medium culpability bracket for manslaughter. He said that there were three stab wounds, the knife had been washed afterwards and that the deceased had been unarmed.

“This is not a situation in which she ever pleaded guilty to manslaughter,” he noted. “It was defended as an accident; that account was not accepted by the jury.”

Ms Biggs reminded Justice Alexander Owens of their violent relationship. She noted that her client had called the gardai to her home on four occasions looking for assistance in relation to the deceased.

“She stands over her account of a very violent assault, and that she acted in self defence,” she said. “Clearly, the jury didn’t accept that the fatal wound was an accident. It would seem they’ve accepted her account of self defence.”

She explained that her client was now in a new, calm relationship. She was also about to become a grandmother.

“I'm going to ask you to consider whether this falls within lower culpability,” she said.

Ms Biggs submitted that this was because there had been self defence, where there was a history of domestic violence.

“There’s very strong supportive evidence that this event started with the attack on her by Mr Pukas,” she said. “She was under attack and possibly deadly attack. She had used her hands and fists and it didn’t stop, so what was there for her?”

Justice Owens adjourned sentencing until 31st July and remanded her in custody until then.

Witnesses gave evidence of seeing her with various injuries in the past, and she had obtained two safety orders against him. However these had lapsed at the time of his death.

The accused told gardai that domestic violence had been an ongoing problem in their relationship, and that she had been in a women’s shelter.

“My life is just a living hell,” she said. “The safety order didn’t stop him assaulting me over and over again.”

She had his number saved under ‘Sadist’ in her phone.

Ozolina said that she was preparing dinner around 1am on the day of the incident, having worked a late shift. She said that they had begun arguing over him having friends over and drinking in the apartment while she was at work.

She explained that he had then begun throwing pictures of her children into the fire before turning violent.

The accused said that he had pulled her hair, pushed her towards the floor and begun hitting and biting her. Photographs of her injuries, including two bite marks, were shown to the jury.

She said that she had grabbed the closest thing with which to defend herself, a big kitchen knife.

She added that her doctor had previously suggested that she have something sharp handy with which to defend herself ‘just in case’. However, her doctor testified that this had not happened.

The accused said that she and the deceased had continued to struggle and that he had flinched. She said that she was surprised when he suddenly stopped and let her go, as ‘normally when he gets violent, he hits me to the end’.

She said that she washed a few things in the kitchen sink, including the knife. She said she hadn’t realised that it had cut him or that there was blood on the blade.

Ozolina said that she then followed him downstairs to check on him, because ‘once he starts on me, he never retreats so easily’.

She said that he was lying on the floor, breathing very heavily. She said she thought that he was having a seizure because he had asthma, so she used an inhaler on him.

“Then I realised there was blood,” she said.

She said that, after trying First Aid, she ‘chased’ to the garda station.

The jury saw CCTV of her pulling up in her car and entering the station in her dressing gown and slippers.

A garda gave evidence of her first words to him that morning.

“I’ve killed my boyfriend, come quick, come quick,” she’d said. “I stabbed him. I pushed the knife into him, come quick.”

It was put to her in interviews that this was the truth, and not her account of the knife accidentally cutting him during the struggle without her knowledge.

She denied washing the knife to get rid of DNA evidence, which was still found. Despite the knife being clean when seized from the cutlery drawer, microscopic analysis found specs of blood matching her boyfriend’s on the blade.

M Biggs asked the jury to consider a number of grounds for acquittal.

Mr Murray asked the jury to find the accused guilty of murder.

“This was not a situation of self defence either,” he suggested. “Even if you pay credence to the account given by Ms Ozolina of what happened, at the end of the day, it was she who had the knife used on an unarmed, drunken man.”

Mr Justice Owens gave the jury a third option, one of finding her not (NOT) guilty of murder but guilty of manslaughter. He said that this could arise if the jury was satisfied that she had acted in excessive self defence, or didn’t have the necessary intent for murder.

The seven men and five women spent just over 12 hours in their jury room trying to reach a unanimous verdict before returning to say they had reached an impasse.

They were then given the option of reaching a majority decision, and returned a few minutes later with a 10-2 majority verdict of not guilty of murder but guilty of manslaughter.