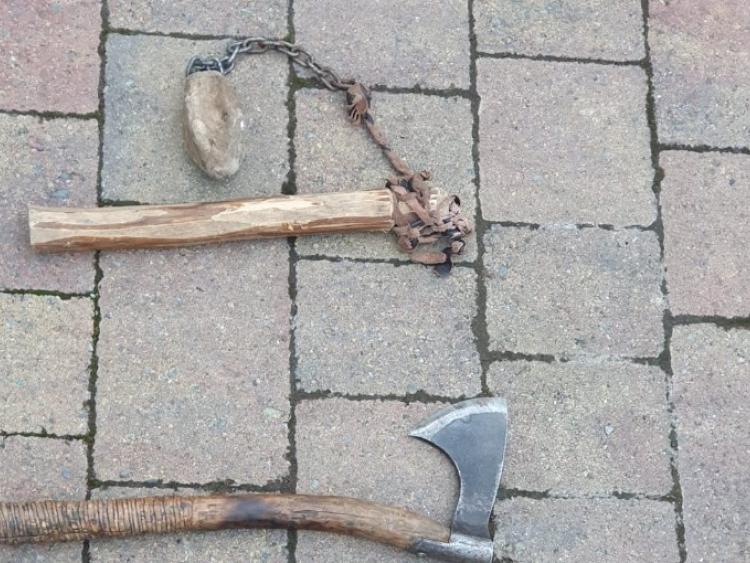 Traffic Gardaí attached to the Laois Offaly Division caught a motorist with a collection of potentially deadly weapons during a routine traffic stop over the Bank Holiday weekend.

The rider was not wearing a helmet and was stopped routinely for road traffic matters.

During a search, gardaí discovered a number of weapons and a small amount of a suspected controlled drug.

The weapons included an axe, a large knife and an improvised instrument comprising of a rock attached to a handle by a chain. 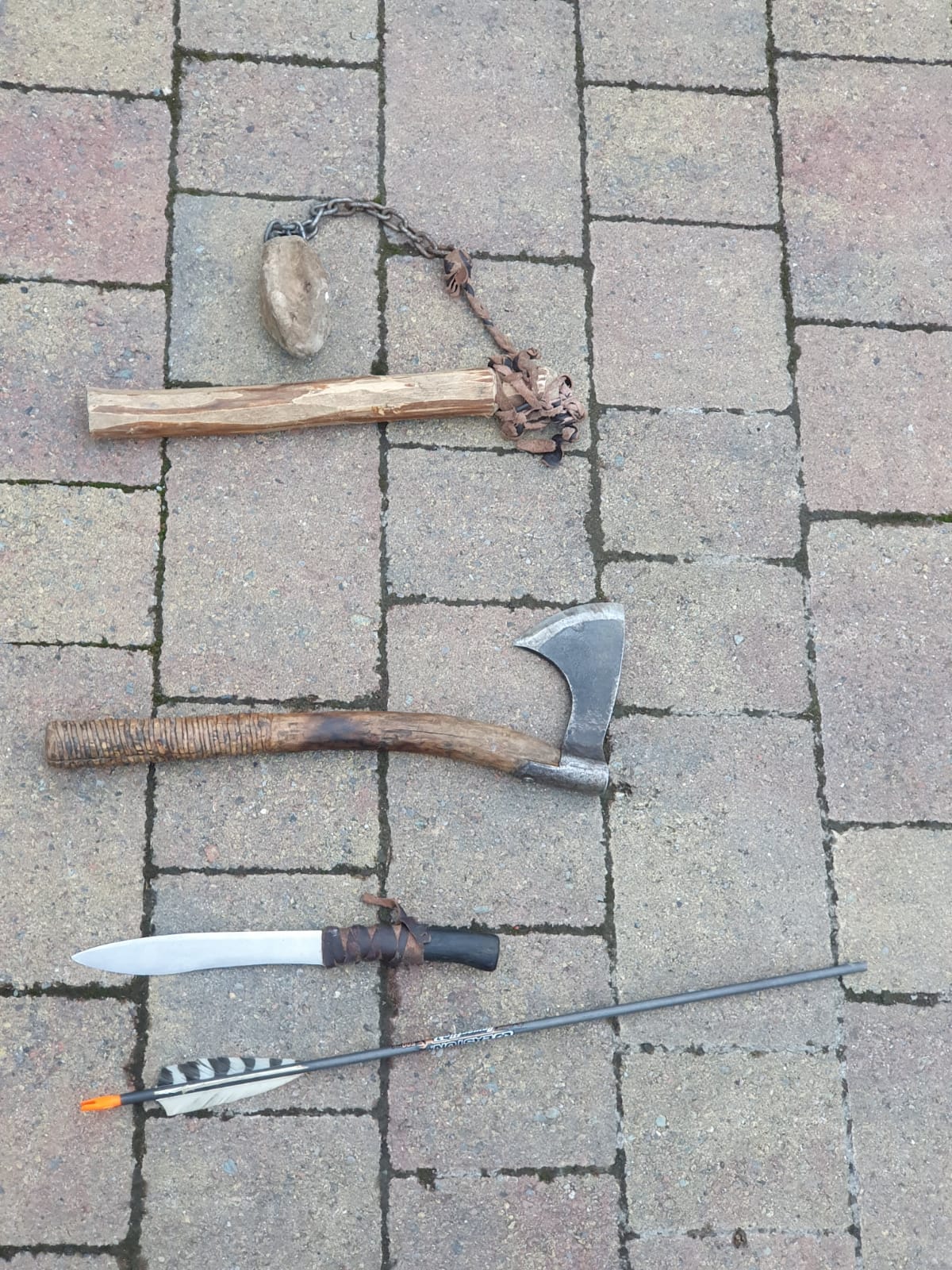