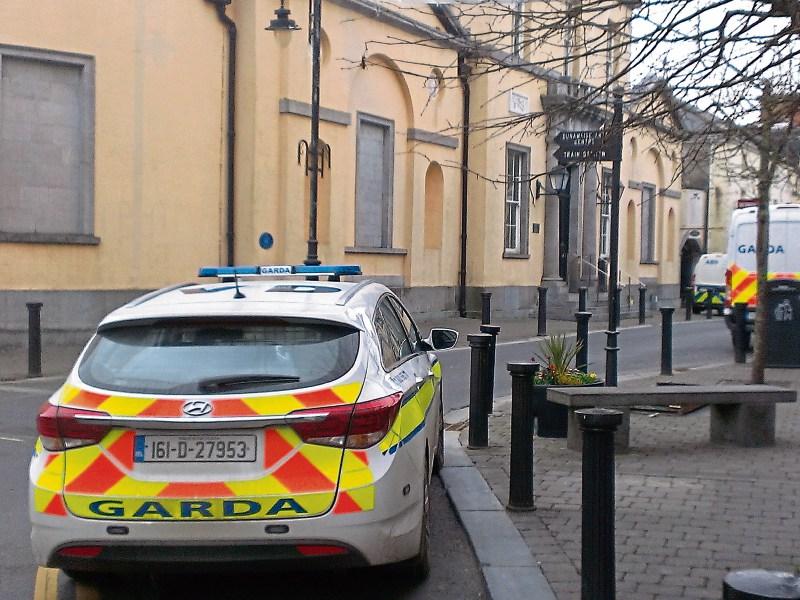 A Stradbally man who kicked a traffic cone out onto the motorway, causing an obstruction which forced an oncoming truck to go into a different lane to avoid it, has been given a suspended jail sentence.

At the recent circuit court, Gary Deegan (28), Brockley Park, Stradbally, was charged with endangerment, on February 3, 2018, at the M7 motorway at Faran, Mountrath.

He kicked it four times, each time pushing it further out onto the motorway, before the three men got back into the car.

The car drove around the cone and fishtailed up the motorway, said Det Ryan.

CCTV footage of the incident was shown in court, which revealed that a truck had to go into a different lane to avoid the cone.

Det Ryan said he had made a number of attempts to meet the accused, but the accused declined each time and did not engage with the gardaí.

The accused had 15 previous convictions, including road traffic matters, no insurance and dangerous driving.

Defence barrister, Mr Colm Hennessy said his client’s actions had been absolutely reckless and presented an obvious danger to traffic.

In mitigation, Mr Hennessy said that while it was an obvious hazard to traffic, it is not completely unexpected to see a cone in the middle of the road and it would have been removed as soon as possible after being spotted on the motorway camera.

In sentencing, Judge Keenan Johnson said there had been “bravado and mob mentality” involved.

“His behaviour was completely and utterly idiotic,” said Judge Johnson. “It’s fortunate that no one was killed by his stupidity.”

The judge imposed a one-year sentence, suspended for five years on condition the accused enter into a peace bond for five years, and he donates €2,500 to the Block Project in Portlaoise.