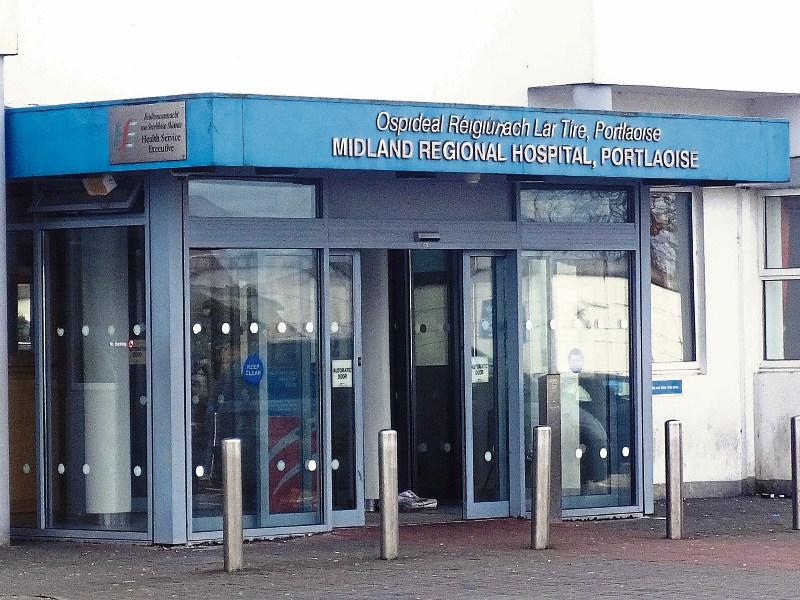 A Ballinakill woman who struck a nurse in the face as she was being administered treatment in the local hospital has been given a suspended jail sentence.

In sentencing Carrie Orr, 22, of 6 Baunmore, Ballinakill, at the recent Portlaoise Circuit Court, Judge Keenan Johnson said it was abundantly clear that the injured party had been severely traumatised by the assault, which took place at the Midland Regional Hospital, Portlaoise, on March 12, 2018.

Garda McGuinness gave evidence, along with State prosecutor, Mr Will Fennelly, that the injured party was in the process of treating the accused when she received a heavy punch to her face.

The accused had been brought in by ambulance and the nurse was trying to administer aid, when the accused stood up and struck her in the face.

It was suspected that the accused had faked a seizure when the staff were trying to get her out of the ambulance and onto a trolley and she ended up on the floor.

The injured party was attempting to take her blood pressure when the accused stood up and struck her.

The accused was also being verbally abusive, and she left the scene when the gardaí arrived, but returned to the scene while they were still there.

The injured party, Ms Kerry McGlynn gave evidence that she had over 25 years’ experience in the UK and Ireland and this assault had been life changing for her.

She said she was knocked over by the blow and her head hit the wall. The accused threatened her and said she would get Ms McGlynn and her family, and she tried to assault Ms McGlynn again but other hospital staff stopped her.

Ms McGlynn said she was traumatised and couldn’t stop shaking. She attended with her GP for distress and anxiety and was diagnosed as being unfit for work due to PTSD and trauma.

She was out of work for six months, which had such a negative impact on her.

Ms McGlynn said she was left feeling easily frightened and irrational and remains reluctant to go out socially.

“She took my safe place of work away, she shook me to my very core - she made me a victim,” said Ms McGlynn.

She said her mental health and well being had been negatively affected by the assault and every single morning she still thinks about the accused.

“I very much doubt she thinks of me each day,” said Ms McGlynn.

“I will never be able to fully get over what she has done.”

Ms McGlynn also estimated that she was out of pocket to the sum of around €3,000, not including medical bills.

Judge Keenan Johnson complimented the witness on her strength in delivering the statement.

Defence for the accused, Mr Colm Hennessy admitted that an assault on such a frontline person as a member of the nursing profession was an outrage.

He said the accused arrived by ambulance and was clearly intoxicated. The assault was not premeditated and Mr Hennessy said that no explanation could give a degree of clarity to the incident.

The accused took to the witness box to tell Ms McGlynn she was extremely sorry.

“You did not deserve that,” she said. “It was my own personal problems that caused that.”

Judge Johnson said it was a very serious offence and he wanted time to consider the matter, so he adjourned the case for one week.

When the case returned to court the following week, Mr Hennessy said the accused had brought €1,000 to court.

Judge Johnson said that Judge Catherine Staines had agreed for €3,000 to go from the district court poor box to the injured party, to meet some of Ms McGlynn’s out of pocket expenses.

“Society is indebted to Ms McGlynn and her colleagues,” said the judge. “(She) was extremely magnanimous in her victim impact statement when she indicated that she forgave the accused.”

He said it was clear that the assault had a profound long-lasting negative impact on Ms McGlynn’s lifestyle and well-being.

The accused was sentenced to two years and six months, suspended on condition she entered into a peace bond of seven years; she remains under probation supervision for 12 months; she stays of illicit drugs; she seeks training and employment; she engages with all services for substance misuse; she completes an anger management course; and she pays €4,000 compensation.