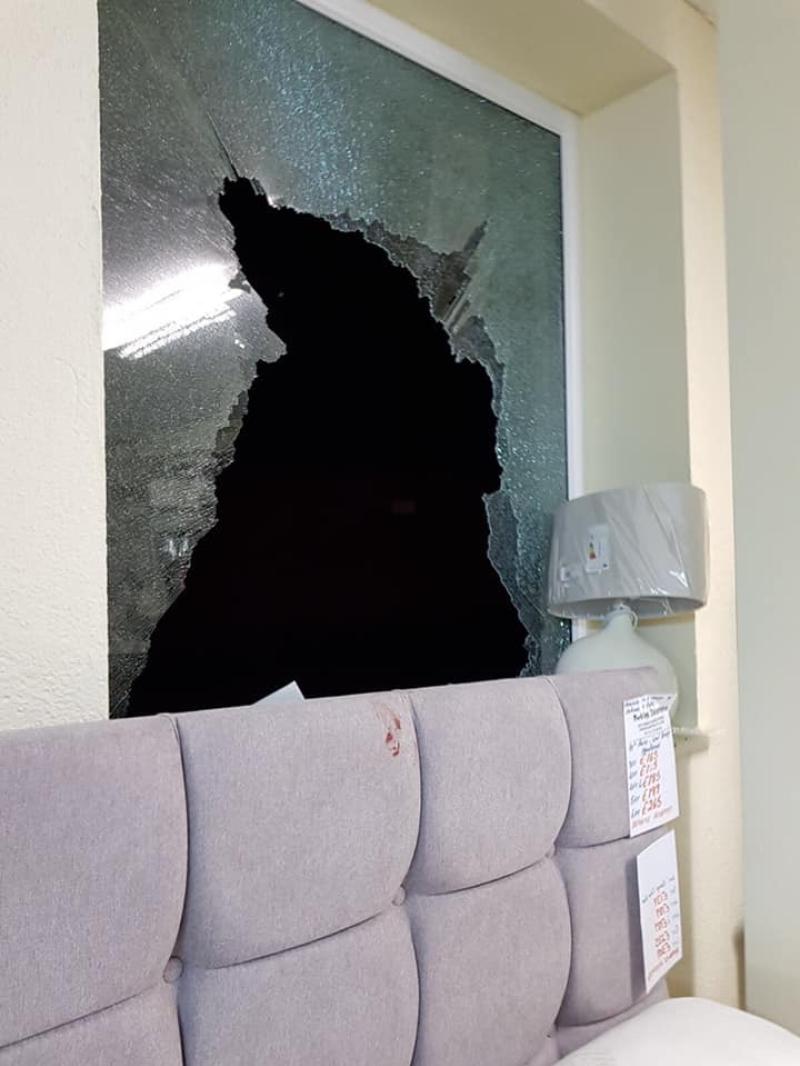 Thieves left bloody marks at the scene of a break-in at a business premises in Portarlington last night.

Parklane Interiors, off French Church Street, was broken into some time between Tuesday, October 8 and Wednesday, October 9. A window in the premises was smashed and the burglar evidently cut himself on broken glass, as blood stains were left in the shop.

It is not known if anything was taken during the incident in the Laois Offaly border town.

Craig Rogers, whose mother Cathy Rogers runs the shop along with Mary Slevin, posted a message on Facebook appealing for information.

“Parklane Interiors in Portarlington was broken into last night. Whoever it was left a nice blood trail. If anyone in the area notices someone with a badly cut hand over the next day or two maybe ask some questions and pass on the info. (This is a) local business doing their best to survive (and) don’t deserve this carry on,” the post read.

Gardaí estimate the incident occurred at around 4am. They appealed to the public for information on the incident or who may have seen any suspicious activity in the vicinity of the shop.

They say they are investigating the probability that the intruder suffered a cut at the scene.

Anyone with any information should contact Portarlington Garda Station on 057 862 3112.