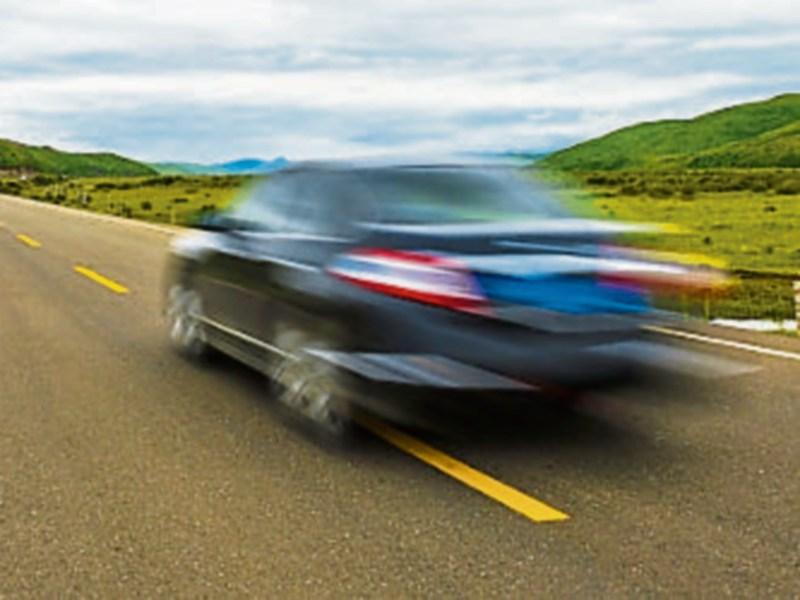 A man who claimed he drove at 197km in a 120km zone as he was in an English reg car and mistakenly looked at miles instead of kilometres has been put off the road for six months after a charge of dangerous driving was reduced to careless driving.

Wayne Muddiman (37), 33 Castlegrange Drive, Clondalkin, Co. Dublin, was charged with dangerous driving, at the M7, Ballydavis, on May 23 last.

When the case first came before the court in September, Sgt JJ Kirby said the accused had driven at an extraordinarily high speed, 197km/h in a 120km zone.

Ms Fitzpatrick said the accused had been driving an English reg car and he had not been familiar with the vehicle, so he had been looking at miles and not kilometres.

Judge Staines asked what was 197km in miles, to which the prosecuting garda informed her it was around 120 miles.

Judge Staines said it was an outrageous speed and there had to be a driving disqualification, but agreed to reduce the charge on condition the accused completes an external driver’s programme.

“I’m only doing that on the basis that there may have been a misunderstanding, but he should have been aware of the speed,” said the judge.

The matter was adjourned to November 7 for sentencing.

At last week’s court, Ms Fitzpatrick said the accused had completed the driver’s programme and asked that a driving disqualification not be imposed as the accused will lose his job.

Judge Staines replied that 197km/h was just outrageous and the accused should be received a two-year ban.

“I can’t not impose a disqualification, I’ve never seen such a speed before,” said Judge Staines. Reducing the charge to careless driving, Judge Staines convicted and fined the accused €300 and disqualified him from driving for six months.