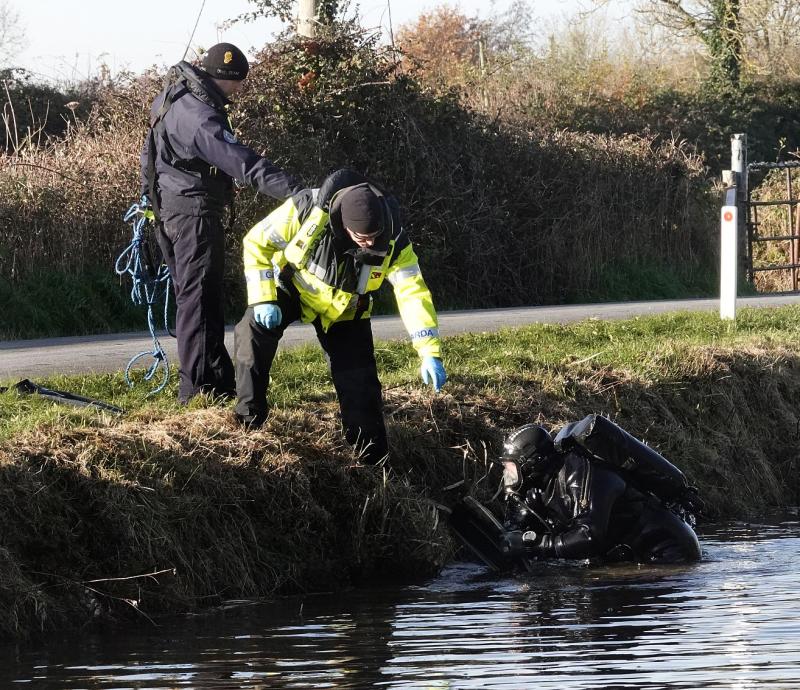 A Garda search for a missing Portlaoise man, suspected of having being murdered, is ongoing on the Laois Kildare border with divers having searched a substantial stretch of water.

However, no trace of William Delaney (56) has been found three days into the Garda and Army search of land and water near Monasterevin.

Gardaí in Portlaoise have confirmed that the land search for Mr Delaney was suspended on Wednesday but will resume again on Monday, November 25.

Divers attached to the Garda Sub Aqua Unit have been searching the Grand Canal and River Barrow on the outskirts of the town in an area where the last signal from Mr Delaney's phone was last detected in January 2019.

It is understood that divers will complete their search on Thursday.

Mr Delaney, of Fielbrook, Portlaoise, was reported missing by his family in late January this year. The last definitive sighting was in Monasterevin at a house near the Hazel Hotel on January 30. The last recorded signal from his mobile phone was in the Monasterevin area on the same date.

An individual, who is not a suspect in the inquiry, has told Gardaí that the last occasion he met Mr Delaney was around 2.30pm on Wednesday, January 30.

Portlaoise Gardaí are leading the murder inquiry and search for Mr Delaney. Portlaoise District Garda Superintendent Anthony Pettit said no material evidence has yet been uncovered. However, he renewed an appeal to anybody who may have been in Monasterevin on January 30 and who may recall seeing anything to contact them at 057 8674100.

Anyone with information can also ring the Garda Confidential Telephone Number 1800 666 111 or any Garda station.

This is the second extensive search for Mr Delaney. Gardaí and soldiers search an extensive area of ground around the historic Rock of Dunamaise in June. Two arrests were made at the time and the investigation was upgraded to murder.