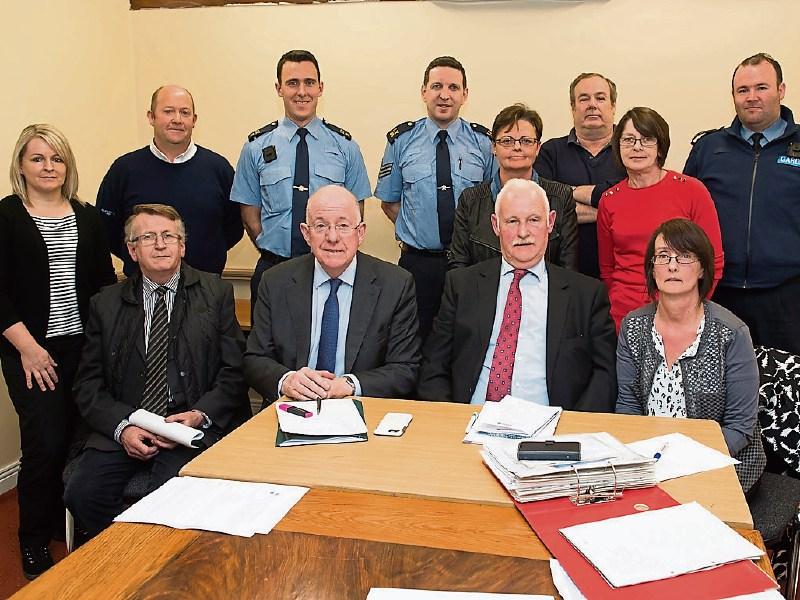 A Laois town is set to embark on the long-standing aim of using CCTV to prevent and detect crime after confirmation of a grant to install and erect cameras and record incidents.

Nearly three years since plans were launched, Mountmellick Neighbourhood Watch has secured enough money to install and operate cameras around the town.

The group has secured nearly €41,000 in capital funds including €5,000 in maintenance / operational costs from the Department of Justice through a scheme to help communities. The money will be added to cash raised by the committee but has been sitting in an account because a data protection problem held up an application for a grant.

Laois/Offaly TD and Minister for Justice and Equality, Charlie Flanagan confirmed that his Department has approved a funding application.

“I am pleased to announce that my Department has approved funding to Mountmellick Neighbourhood Watch for the installation of CCTV in the area. The first stage of the grant aid will be drawn down in December with the remainder being drawn down when cameras are installed, and associated works completed.

“I know the sense of security that Community CCTV can bring to an area.  However, I know too that there has been frustration in some quarters in relation to CCTV.

“I am very anxious to ensure that all interested groups, in both rural and urban areas, take advantage of the availability of this grant-aid scheme," he said.

A number of other communities around Laois have raised funds for cameras but their plans were also delayed over the data protection issue. However, it is understood that all groups who have followed through now have Garda clearance.

Minister Flanagan's office said support and guidance is available to help interested groups to apply for funding through a dedicated email address communitycctv@justice.ie.