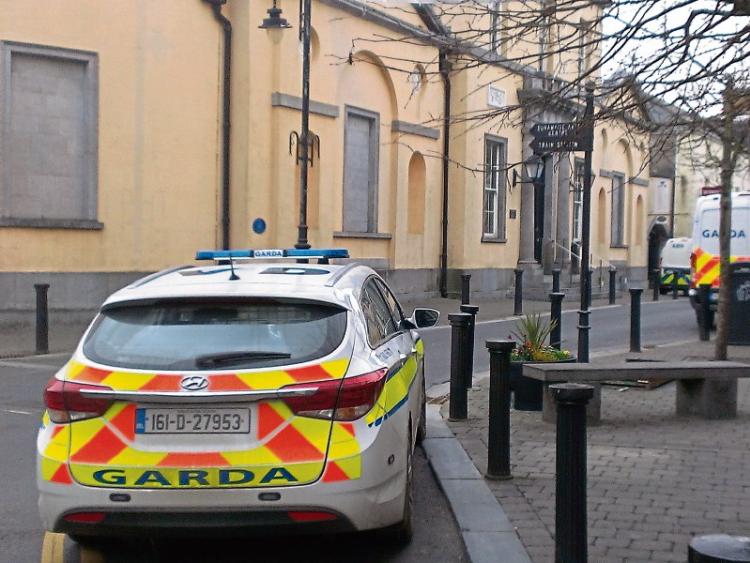 A man was seen by gardaí engaged in a fight, bare-chested in the middle of the street, Portlaoise District Court heard last week.

David Delaney (22) Clonad, Portlaoise was charged with a public order offence at Market Square, Portarlington on January last. He was further charged with a Section 3 assault on a female at Mountain View, Portlaoise on October 14, 2018.

In relation to the public order incident, Sgt Kirby said gardaí went to Market Square in Portarlington where a fight was taking place.

“He was bare chested, in a fist fight,” Sgt Kirby said.

The defendant had previous convictions, including for public order and violent disorder.

Defence solicitor Josephine Fitzpatrick said her client is on remand, waiting to be sentenced for a separate incident.

In the Portarlington incident, he had been “called out to fight” Ms Fitzpatrick said. He was concerned “what others might visit upon him” she said. She said the defendant has a young son.

“He had improved behaviour but for the outstanding matters,” Ms Fitzpatrick said. “He is no longer taking any drugs and is also no longer on any medication,” she outlined.

“I do have a prison sentence in mind,” Judge Catherine Staines said.

However, she said would adjourn the case to January 16. “I will wait to see what the circuit court is going to do with him,” she said.