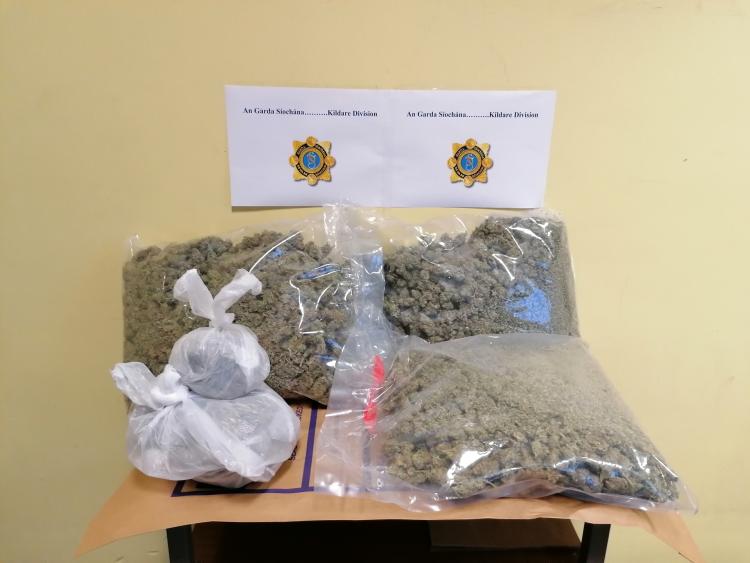 As part of an intelligence led operation, Gardaí attached to the Naas Drugs Unit and assisted by regular units searched a plot of land in Kilmeague on foot of a search warrant yesterday, Sunday 22 December, 2019.

During the course of the search cannabis herb with an estimated street value of €70,000 (subject to analysis) was seized.

Two men, aged 28 years and 33 years, were arrested at the scene and both are currently detained at Naas Garda Station under the provisions of Section 2 of the Criminal Justice (Drug Trafficking) Act 1996.