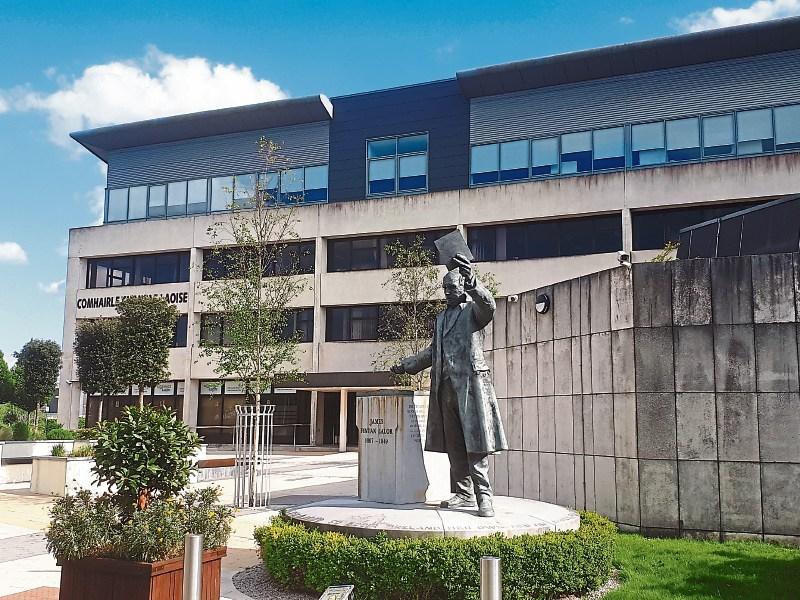 Family feuds, street crime and the use of social media in the commission of violent crime were all roundly condemned by Judge Keenan Johnson at the recent sitting of Portlaoise Circuit Court.

The judge’s remarks came during the sentencing of three Laois men in two separate cases of violent behaviour in public places.

In the matter of Leon Lawlor (19), 11 Oakglen, Stradbally, and Calem Lacey (18), 5 Oakglen, both charged with assault causing harm, on March 24, 2018, at the Plaza at the Laois County Council offices, JFL Avenue, Portlaoise, the court heard that a young man was assaulted by both of the accused, receiving kicks and punches while he was defenceless on the ground.

The court heard that the injured party had been communicating through social media with a girl who was in a relationship with Leon Lawlor and the accused took exception to this. Threats were sent to the injured party about continuing his communication with the said lady.

“This was clearly an extremely savage, violent and vicious assault. The injuries sustained by the victim were extremely serious and the two accused are fortunate not to be facing more serious charges,” said Judge Johnson.

He said there was no question of drugs or drink having propelled the accused into the assault.

“It is frightening to think that the two accused could have displayed such vicious aggression towards the victim… Regrettably street crime is becoming far, far too prevalent in Ireland and particularly in Portlaoise,” he said.

The judge went on to say: “The fact that social media was used to ‘marshall the troops’ for the commission of this offence is a further aggravating factor. It is unfortunate that social media seems to feature so predominantly in criminal matters, either as an instigator of disputes, or as a facilitator in the perpetration of crime.”

In a separate matter, in the case of David Delaney (22), Clonad, Portlaoise, who was charged with two separate counts of violent disorder on two different dates, the court heard that the accused began fighting with another man in the lobby of Portlaoise courthouse, on May 11, 2017.

Judge Keenan described this incident as “an affront to the administration of justice”.

The accused was further charged with violent disorder on July 28, 2017, at the Mountmellick Road, Portlaoise.

The accused and two co-accused men, who were armed with a baseball bat and a hockey stick, attacked another man in a shop. The injured party was left in a semiconscious state with blood streaming from his mouth and head.

In interview with gardaí, the accused said there was a history of animosity between the parties.

“It is not good enough that innocent people are terrorised while going about their daily business as a consequence of these violent and ugly feuds,” said Judge Johnson. “Regrettably, the violence and aggression is passed from generation to generation… Feuds have no place in a civilised society.”