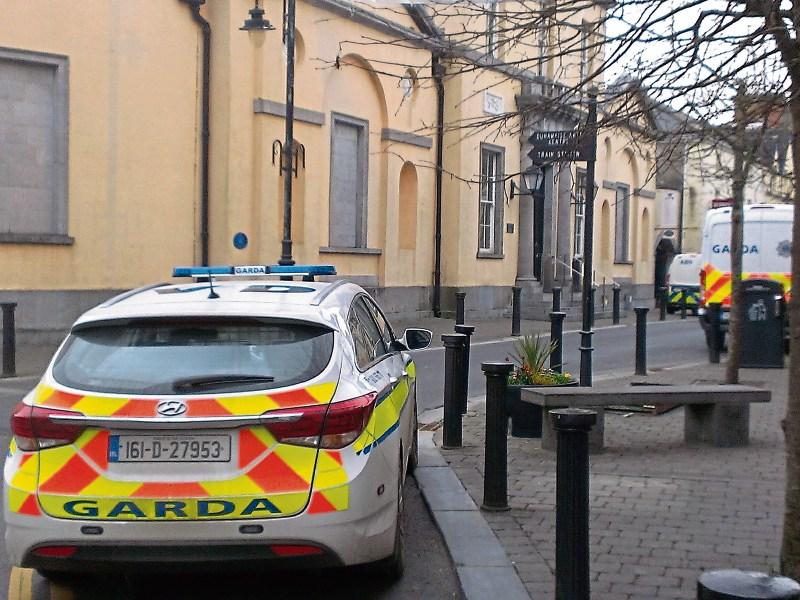 A former Laois resident was “peddling absolute misery” by having a potential €56k of cocaine for sale, Portlaoise Circuit Court heard.

Before the court was Patrick Maughan (31), formerly of Lansdowne Court, Portarlington, but currently residing in Dublin, charged with having drugs for sale or supply, on March 30, 2018.

Detective Garda Ger Doolan gave evidence, along with State barrister, Mr Will Fennelly, that the gardaí searched the accused’s home at Lansdowne Court, Portarlington. The accused was present with his wife and the gardaí found two plastic bags containing white powder, which was suspected to be cocaine.

Further bags containing cocaine were found, as well as small bags in the living room and €2,150 in cash. Weighing scales were also found.

Also discovered was what was described as a cocaine press, for pressing and making the drug.

The quantity of cocaine seized was 228g, along with a quantity of mixing agent in another package.

Det Doolan said that the value of the cocaine was just over €16,000, but if it were mixed with the mixing agent it would bring the value up to €56,000.

Det Doolan said that the mixing agent seized was 500g of benzocaine.

“In my experience, when we find benzocaine it’s for mixing with drugs,” said Det Doolan.

The accused was arrested and interviewed and admitted the powder was cocaine.

He told the gardaí that the items had been given to him to mind in return for cocaine for his own use.

He also claimed that the weighing scales found at his home were used to measure out his own cocaine.

Mr Fennelly added that the accused had said the cocaine press was given to him to mind in lieu of payment for his own drugs.

The accused denied selling cocaine, but Det Doolan said the date of the list proved he was selling it. The accused claimed he hadn’t sold drugs since 2017, but the date on the paper used as the tick list was 2018.

Judge Keenan Johnson confirmed with the witness that the accused had claimed to be just holding the drugs, but the tick list found was not consistent with this claim.

“It is my belief that he was also selling as well,” replied Det Doolan.

The accused had 26 previous convictions, but none for drugs.

Det Doolan said that the main bulk of the convictions were for road traffic matters, and one conviction under the cruelty to children act.

The accused, who is married with four children, had not served any time in custody on the drug dealing charge.

Defence barrister, Ms Louise Troy said the accused had been very free in his admissions to the gardaí, showing them a black eye and facial injury which he claimed was the result of an assault over a drug debt.

“Sure look what they did to me,” the accused said to gardaí in interview.

Det Doolan said the gardaí accepted this, adding that the accused had mentioned other such incidents.

The detecive went on to say that the accused had a drug addiction.

In response to a suggestion from Ms Troy that her client had committed no offences since April or May of 2018, Det Doolan replied that the accused was currently before the courts in Dublin on a theft charge.

Ms Troy asked had the gardaí found any trappings of wealth in the accused’s home, to which Det Doolan replied that they had not.

Ms Troy said that the accused was currently rendered homeless. She said he had been caught up in an absolutely chaotic life and drug dealing had become a part of his entrenched drug habit.

To this, Judge Johnson said the accused had been “peddling absolute misery”.

“I don’t think he wanted to own up to it until he was pushed,” said Judge Johnson, going on to say that only for the gardaí finding the tick list the accused would never have admitted selling cocaine.

Ms Troy replied that the accused was an easily led and vulnerable man with learning difficulties. She said he was quite naive and could be easily influenced.

However, Judge Johnson retorted that the accused was not that naive, given the significant amount of drugs in his home, as well as the cocaine press and tick list.

The judge went on to accept that the accused was under huge pressure in terms on his family, with no extended family support that he could rely on.

Ms Troy confirmed that the accused’s wife was incapitated and the accused needed to be there to support his children.

Ms Troy concluded by saying that the accused had made huge efforts in the last year and a half.

Judge Johnson said he wanted time to consider the matter, due to the accused’s family circumstances. He said that a custodial sentence was unavoidable and clearly the accused must prepare for that.

The accused was remanded on continual bail to March 18 next.