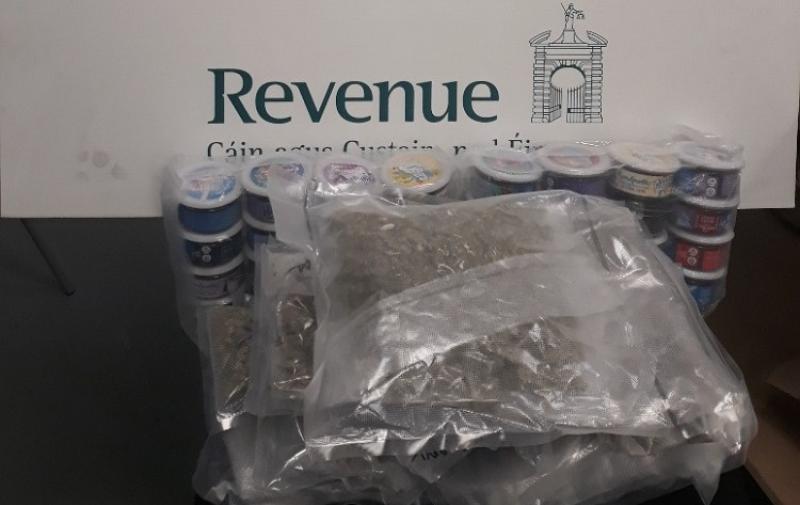 Cannabis seized in Portlaoise on Thursday

Revenue officers at Portlaoise Mail Centre, seized approximately 1kg of herbal cannabis with an estimated street value of €10,000 on Thursday.

The illegal drugs were discovered in two parcels which originated in the United States. The concealed drugs were declared as ‘Toys’ and were destined for addresses in Dublin.

Also on Thursday, Revenue officers at Dublin Mail Centre, assisted by detector dog Bailey, seized almost 1.2kg of herbal cannabis with an estimated street value of €23,580. The illegal drugs were discovered in 6 separate parcels which originated in the United States, the UK and Spain. The concealed drugs were declared as ‘Dog Toys’, ‘Disney Frozen Figure’, ‘Children’s Toys’ and ‘Dried Honeycomb’ and were destined for addresses in Dublin, Sligo and North Kildare.

The unstamped cigarettes were discovered following a positive indication by detector dog Eva and a subsequent search by Revenue Officers of the checked luggage of a male passenger arriving on a flight from Kiev, Ukraine via Amsterdam.

Investigations are ongoing in relation to all seizures.

These seizures are part of Revenue’s ongoing work targeting smuggling and shadow economy activity.  If businesses, or members of the public have any information regarding smuggling, they can contact Revenue in confidence on free-phone number 1800 295 295. 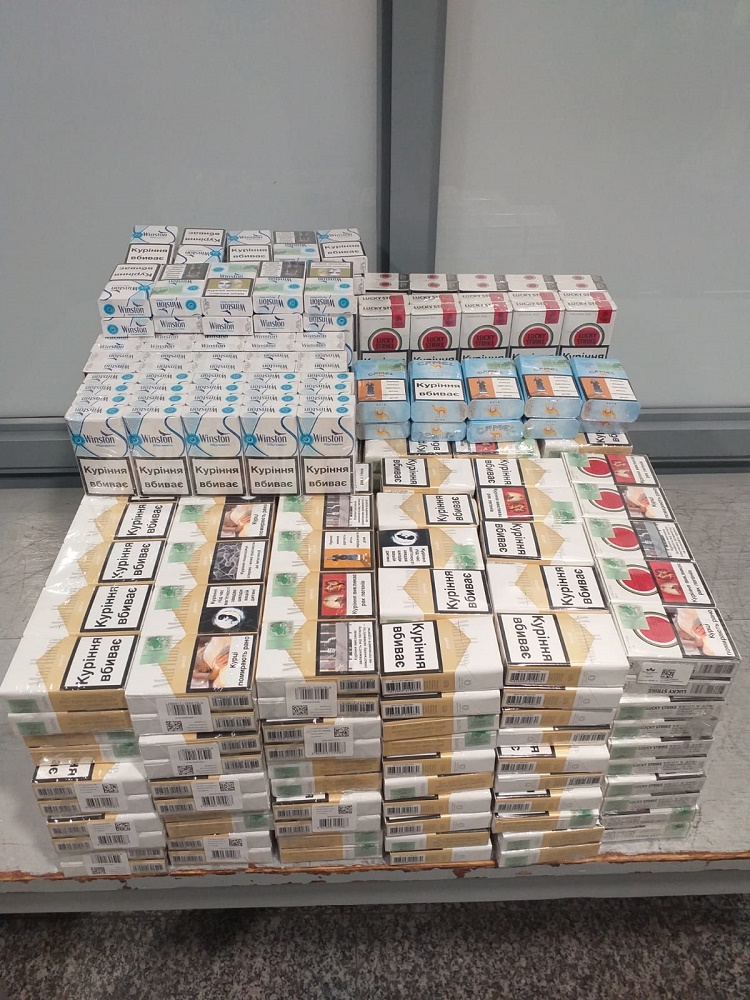 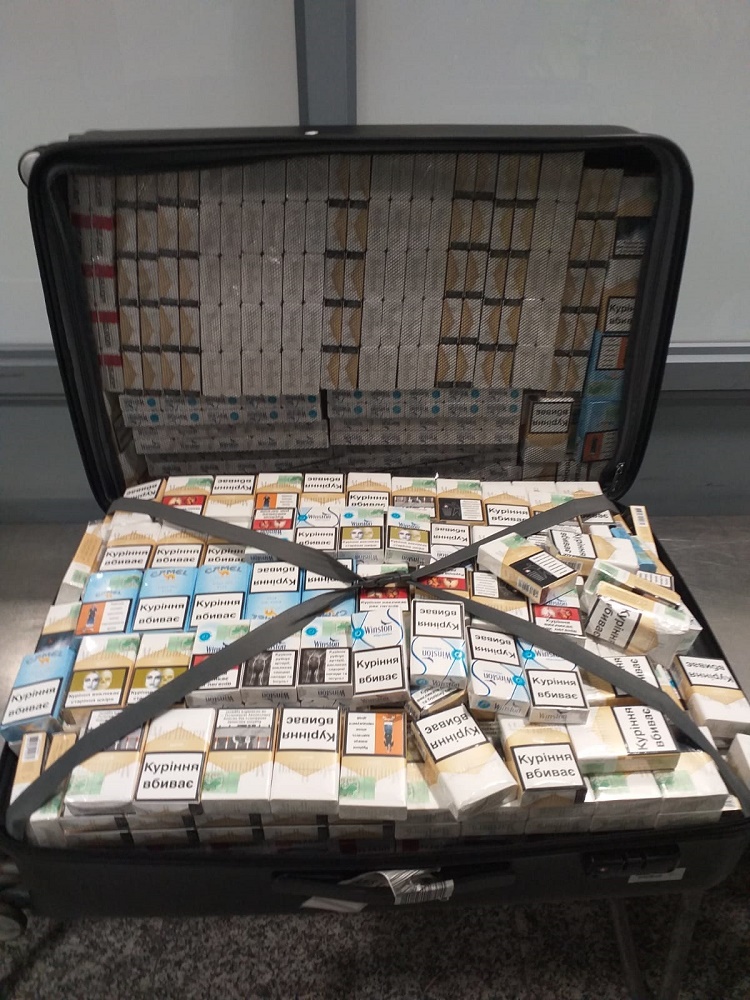