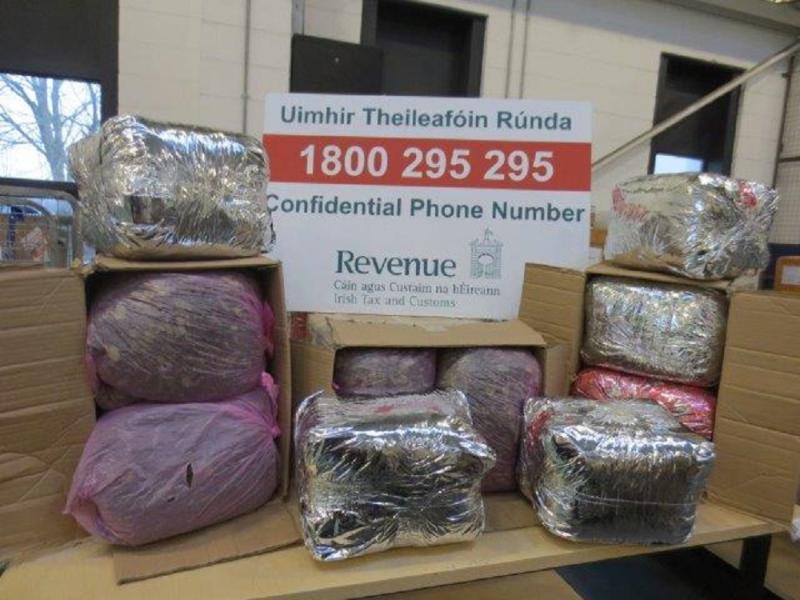 Boxes containing bales of the drug KHAT have been seized by Revenue Officers in Portlaoise Mail Centre.

The seizure was as a result of routine profiling. Revenue Officers at Portlaoise Mail Centre seized approximately 118kgs of KHAT with an estimated street value of €59,000.

The illegal drugs were concealed in parcels originating in Ethiopia which had no declared contents and were destined for various addresses in Dublin.

These seizures are part of Revenue’s ongoing work targeting drug smuggling and shadow economy activity.  If businesses, or members of the public have any information regarding smuggling, they can contact Revenue in confidence on free-phone 1800 295 295.