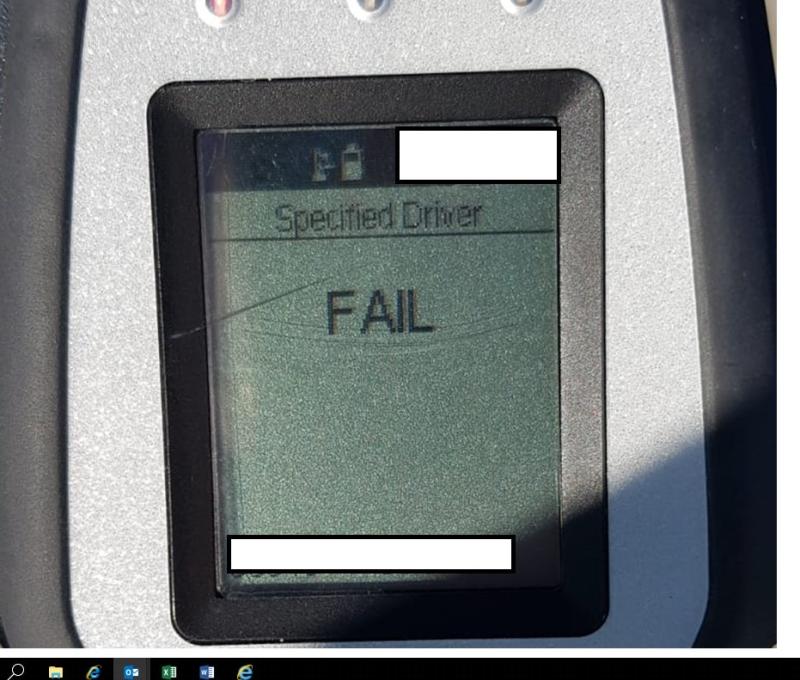 A Fail reading on a roadside breathalyzer

The motorist was found to be wearing no seat belt which is an automatic fine.

He was later arrested on suspicion of drink driving after he failed a roadside breathalyzer test.

When Gardaí examined the vehicle they found that there was no insurance, no tax and no valid NCT.

It also emerged that the motorist was a disqualified driver.

Gardai arranged for the car to be seized under the Road Traffic Act and a tow truck took it away.

The motorist will face several charges in court in coming weeks.